What a 5 hour cruise we had heading south after departing Staniel Cay... 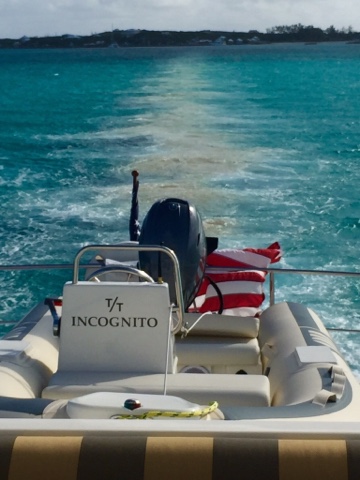 It all seemed idyllic until...
The winds started whipping around 30+mph!

The seas got a bit rough, but it was nothing we couldn't handle.
The girls were champs through it all and are exceptional cruisers by now. Not a one got seasick either in the occasional 6-7 foot swells! It was sure lumpy though.

We cruised past a gorgeous island...turns out it's called Musha Cay and is owned by famed illusionist David Copperfield.
There are numerous houses on it and can accommodate 24 people
for the SALE price of $57,000 per night!

You can get the nitty gritty details by clicking this link or copy & pasting it into your browser.
It's impressive!
http://www.businessinsider.com/rent-david-copperfields-private-island-2015-9

The winds still wouldn't let up and it was getting roly poly.

We were running in less than 10' of water for most of the day, and Brad carefully plotted out our course ahead of time. (as he always does so meticulously). There was one particular very shallow area that Brad had planned to arrive at in (almost) high tide. The water color didn't look right and he slowed down to 1 knot to pick our way through it. We touched sand on the bow and then backed off. We tried a few more spots before finally finding an opening to get us back to comfortable 8-10' depths of water. It was nuts! 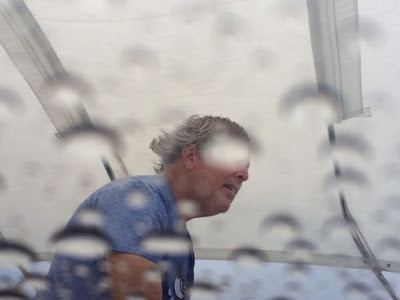 It was then becoming unmanageable on the fly bridge due to the weather,
and Brad came down to the pilot house to run the boat from inside for a bit. 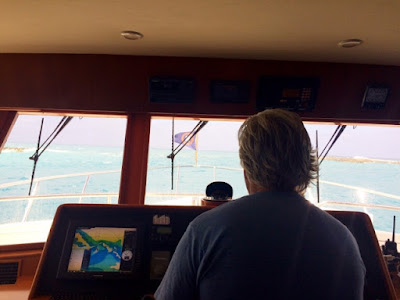 The almost blinding afternoon rain pummeled him on the fly bridge when he went back up there to re-assess the situation before we entered the marina.

There were 4' breakers coming at us from the side of the harbor entrance. He had to lay back and time our approach between the wave sets all the while trying to maintain position in a 2'-3' swell from the side. The blustery 30 knot winds weren't helping in a VERY narrow area. Once he determined it was safe to go, he gave the boat full power all the way into the marina to counteract the waves and wind. We made a grand entrance!

What a crazy voyage that was.  We made it safely and were so happy to tie off at that dock. We later learned the previous boat before us lost an engine coming in and cruised in almost sideways. Another 120' yacht crashed on the rocks about a year ago. Let's just say that marina needs some help with their narrow entrance through the coral reefs and some dredging wouldn't hurt. Yikes!

We docked at the north end of the island at Emerald Bay Marina and spent most of our days poolside at  The Grand Isle Resort. 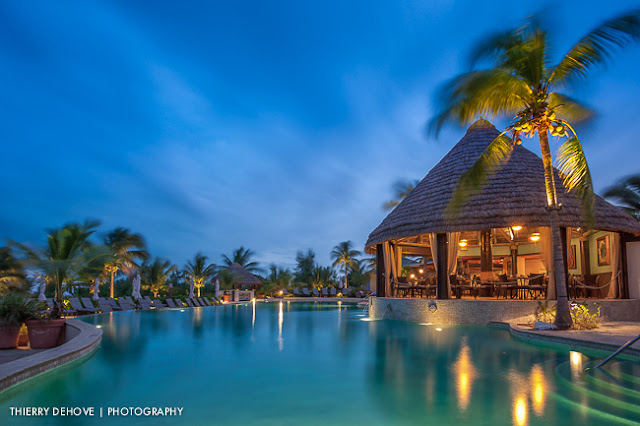 The girls and I quickly headed to the beach and found some palapa perfection to enjoy the afternoon. 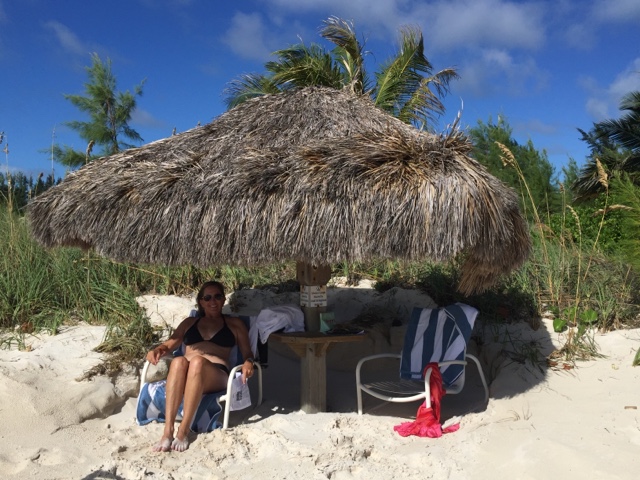 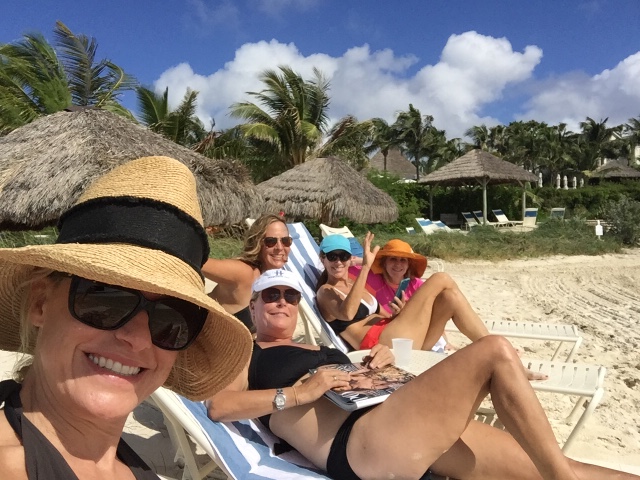 Then, along came some older women down the beach who stopped to ask if we were on...
The Bachelor?! What?!!!

Such a crack-up that was! We could only take it as a compliment knowing we were MUCH too old. Too funny! Turns out they were filming at the resort where we were using the facilities at, which is next to our marina. 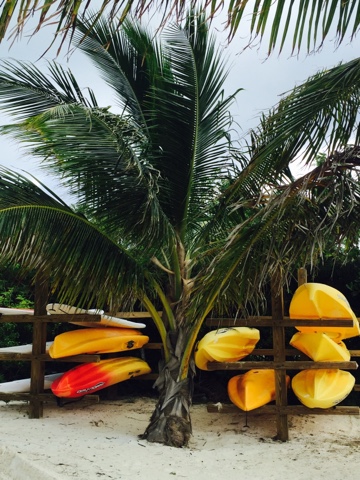 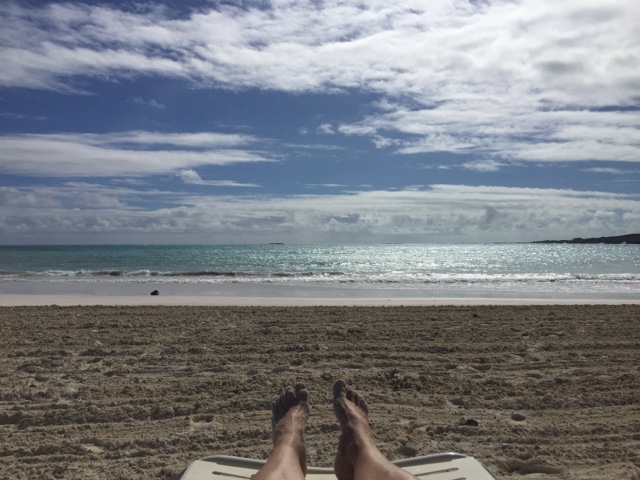 Sadly, beach time was over and the girls had to prep for their afternoon departure. 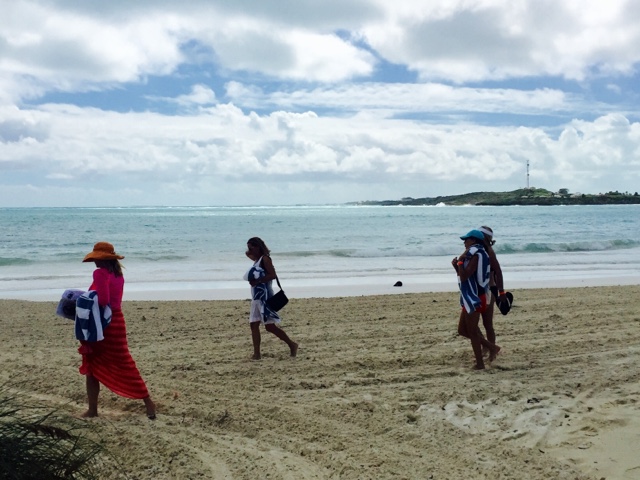 But first, a little poolside fun. 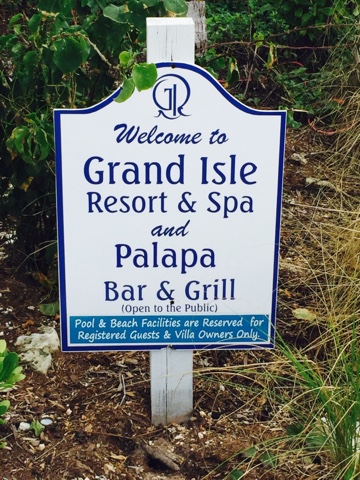 We found the palapa bar... 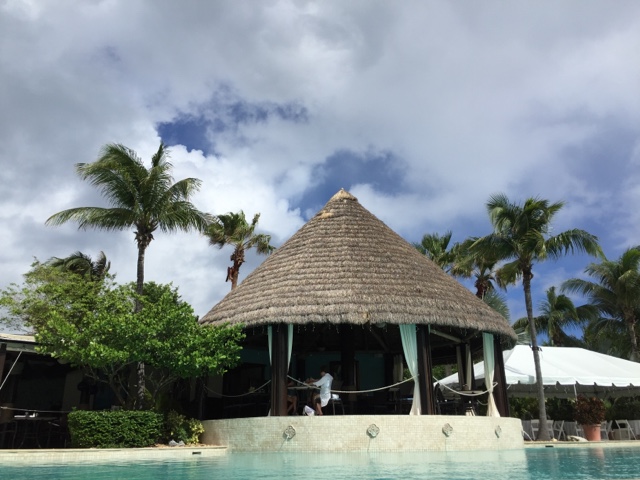 And of course the piña coladas! 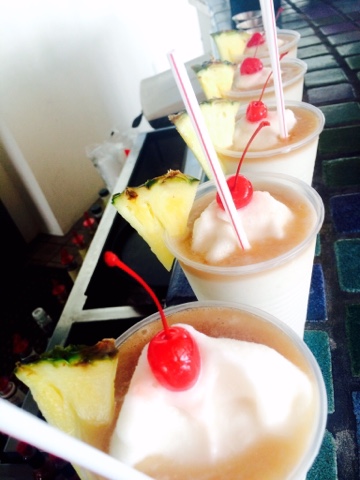 Nothing like a proper "feel good" send off as the girls were heading home this afternoon. 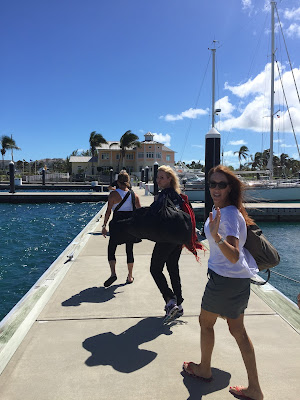 We had our fave taxi driver Bernice take them to the airport.. 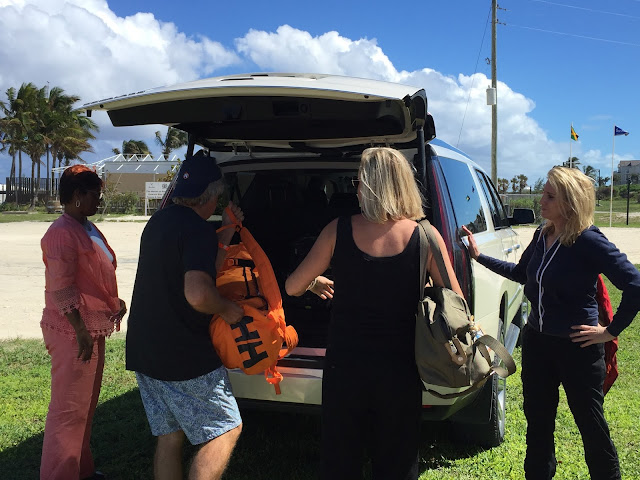 Bernice had quite the manicure! She said she was dedicated to her "nail craft" with a group of her girlfriends. She was literally one of the most hospitable taxi drivers you could come across...
in a Cadillac Escalade no less.
Fancy lady nails and all! 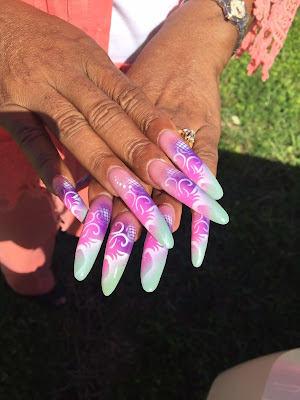 Brad bid then adieu...parting is such sweet sorrow.

We all hugged goodbye. 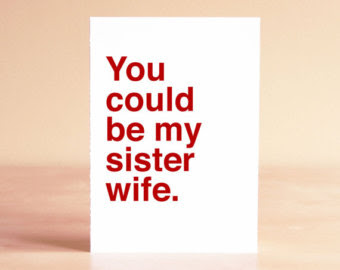 They departed that afternoon and who do they run into at the airport? The Prime Minister of the Bahamas! He was more than excited to get a photo. Never a dull moment with these beauties.
Note the "secret service" goon behind them. 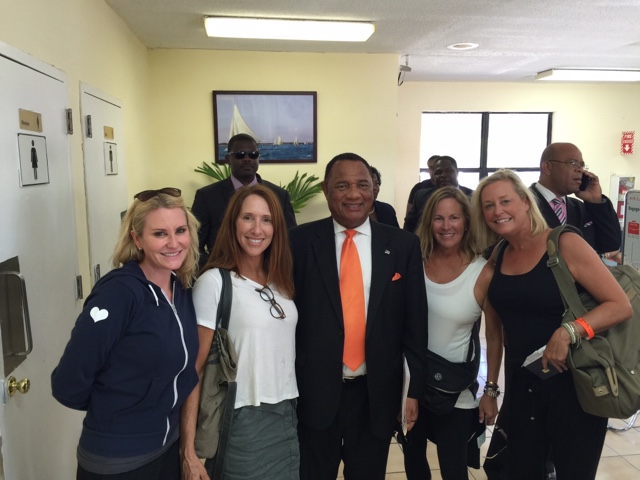 And let's not forget the prime ministers cousin too. Haha!!
Wangs & Sparky were giddy with excitement. 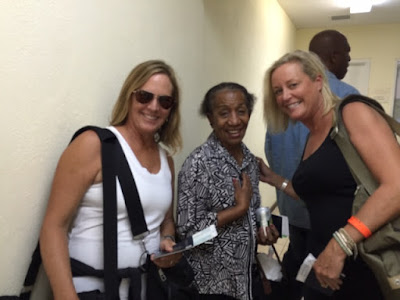 The girls had a bit of a wait at the airport, so they found refuge. 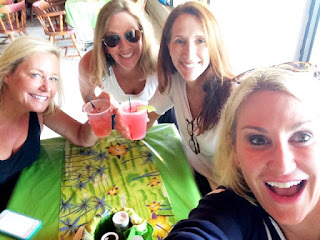 We sure packed a ton of FUN and amazing memories into the past week!!!
One I won't soon forget and the girls said even Beyonce couldn't top it.