As girls like to talk, we covered every subject under the sun trying to solve the worlds problems...
From this....

Afternoon storms come and go as they do here in the tropics. The aftermath is the best however!! 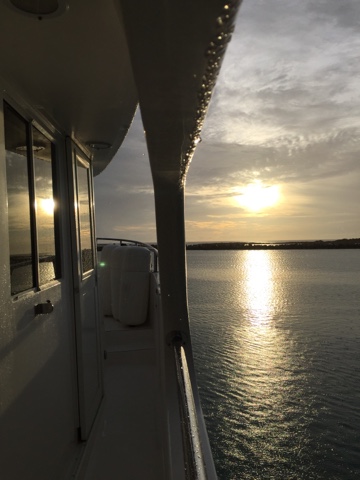 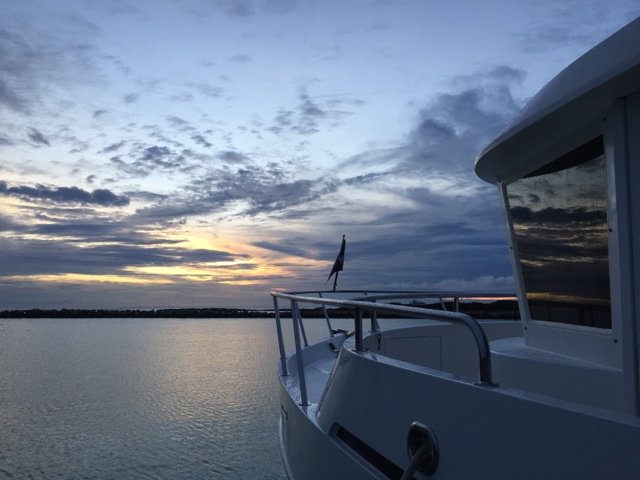 As the sun began to set and those pesky no-see-um bugs came out to dine on our flesh,
it was time to join our boat neighbor and feed the nurse sharks.

This is Colin from South Africa who was a skipper on a boat next to us. He brought some discarded steak and chicken fat their chef had prepared for the sharks. 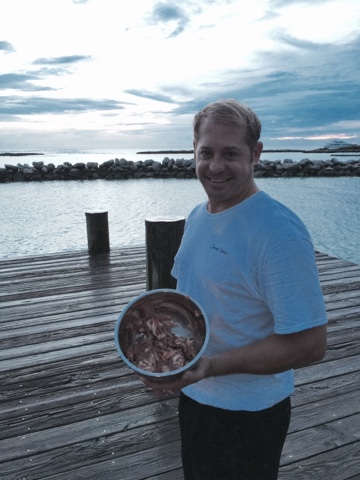 Boy, did they love it! A feeding crazy broke out and not only did the nurse sharks show up for dinner, but a few reef sharks and a massive grouper.

Colin schooled us on the virtues of feeding these guppies which was really interesting and a sight to see. 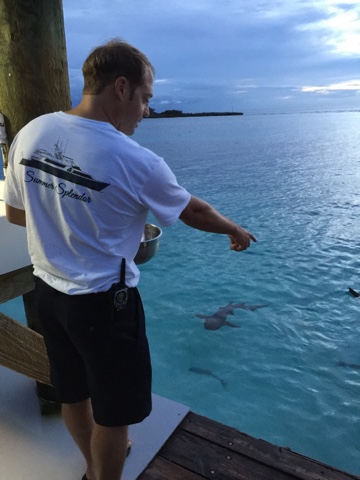 I loved the signage at the fish cleaning station... Poke out the eyes though?! 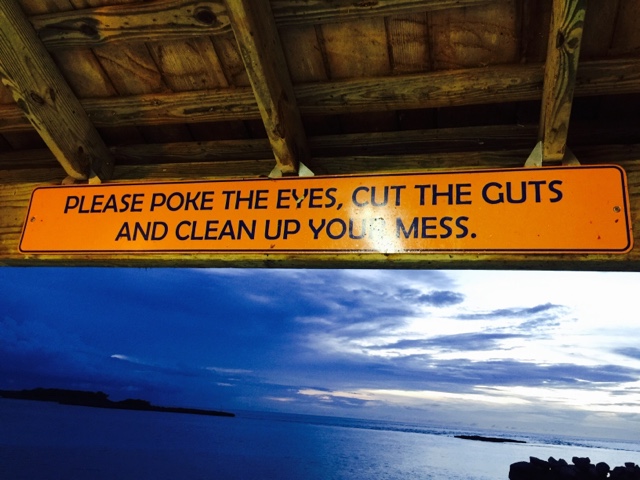 Sunset was magical as ever & the end to an amazing day!! 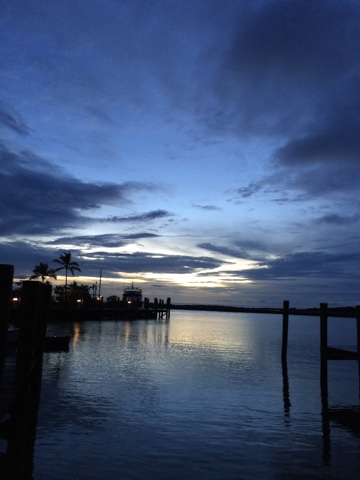 Moments like this remind me how grateful I am. 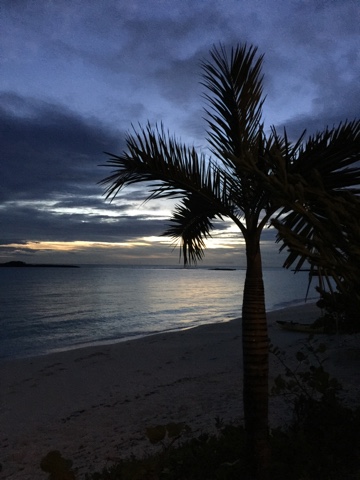 The next morning we all opted for a self guided bike tour of the island. 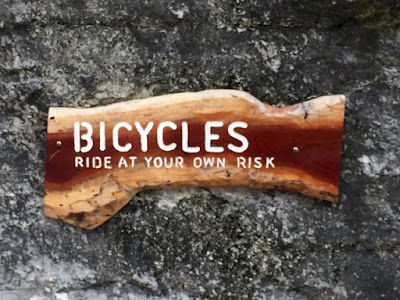 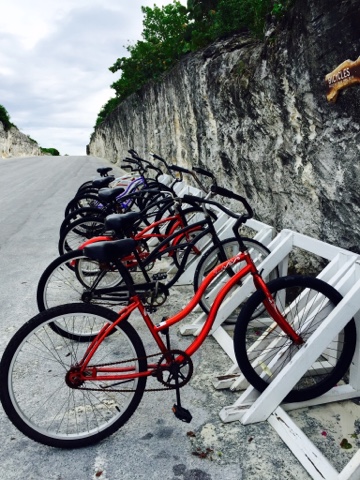 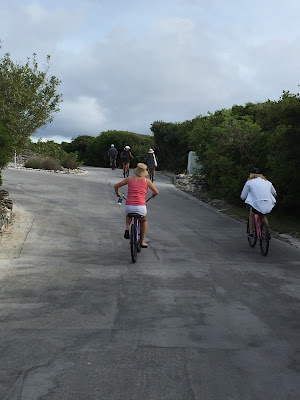 on the road again... 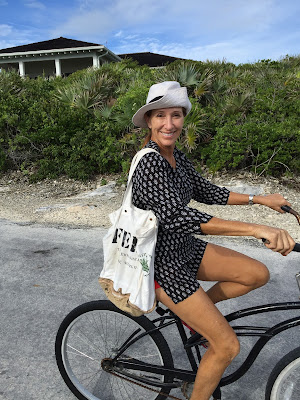 Such a gorgeous island we had to explore and we all had the best time getting our exercise in!
Speaking of exercise...Brad & Debbie get the award for "jackrabbit" expeditions. (I used to refer to these as Deb's "Nancy Drew Mystery Tours" for those of you who have experienced her previous ones.) They were off early every am to get their exercise in.
The rest of us enjoyed a leisurely morning as it was humid. 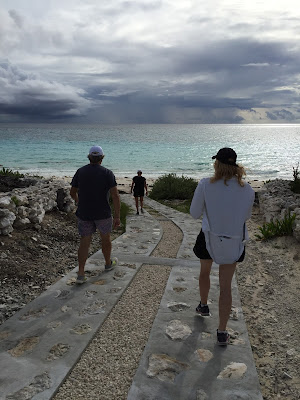 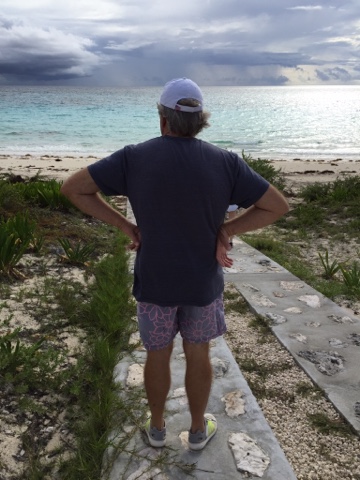 And then it's time for a group Kodak moment. 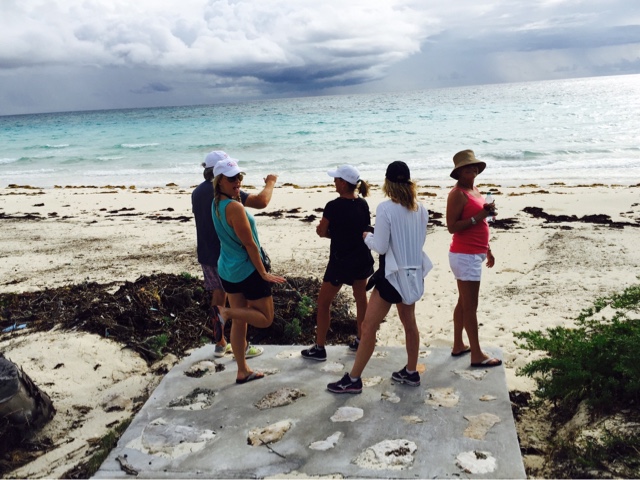 We stopped along the way to check out all the sights. 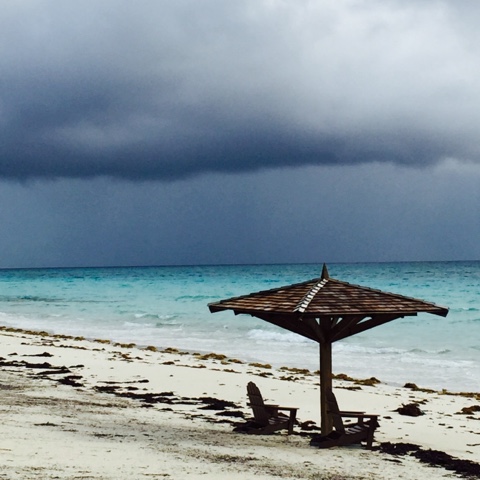 And then we had to bike until we found our new friend "Bones"! 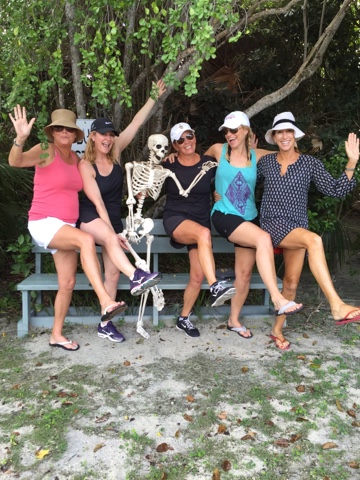 He is the stuff of island legend, and normally can be found at the
local bus stop unless he gets kidnapped that is. 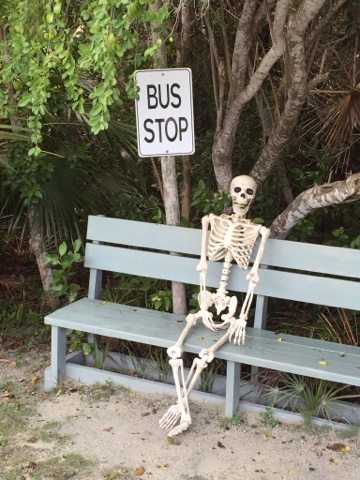 We also search for shells..some wanted to use them as a keepsake and put them in a jar when they got home. We did try to wash them in the sink when we got back, however after the snails started crawling out of them that was that and out they went to the trash. We had a giggle over those suckers. 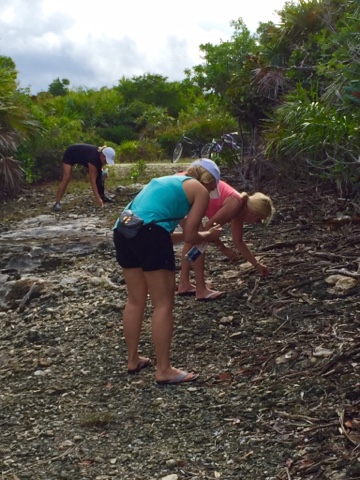 Brad is extolling the virtues of privatizing the foot wash station. 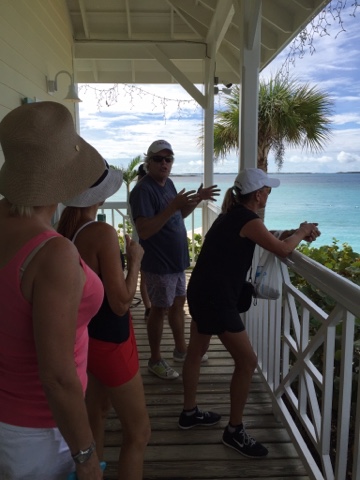 And then he poked some fun at Cheap Charlies oar house... 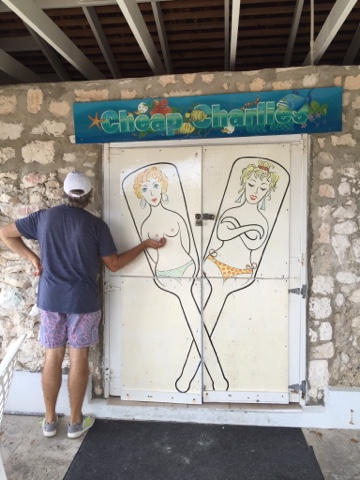 I loved the colorful stop signage on the island. 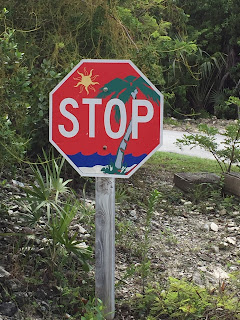 We all enjoyed a great dinner that night at the one lone restaurant on Highborne. 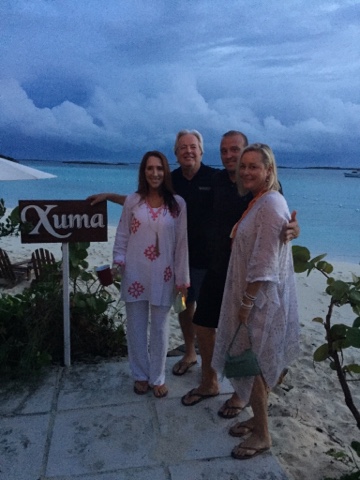 It was darling and the food was scrumptious. 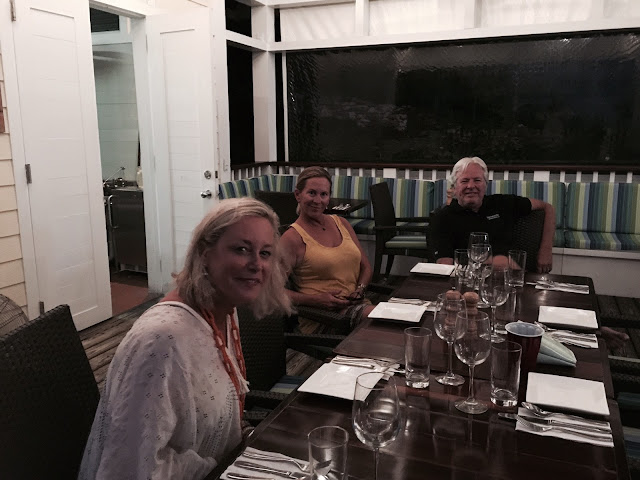 Bish joined us and added to our vibrant scene.. 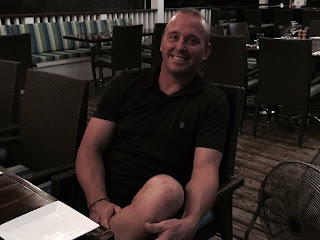 The next morning we were to depart the docks early...So the girls and I decided to leave a memento behind of ourselves. What would be better than our burgee and to sign our names to it! 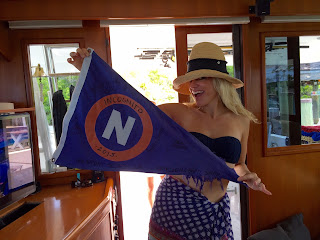 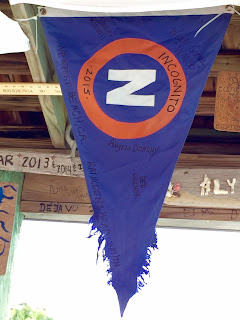 Wendy expertly hung it in the outdoor lounge along with
the other memorabilia left by previous cruisers. It was fun to peruse all
of the creative ways people commemorated their journeys. 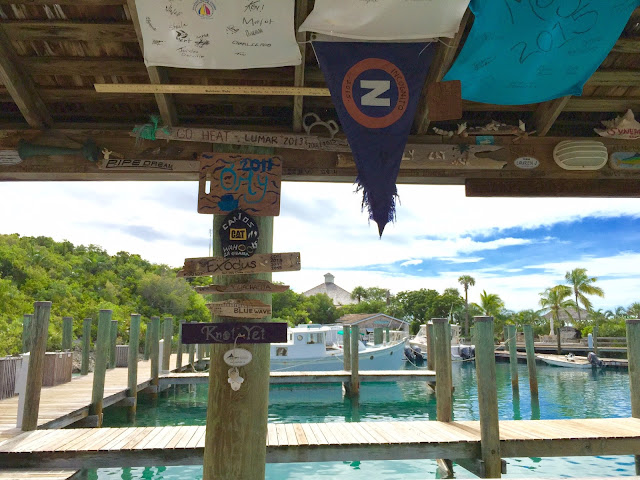 Laura and I opted for a morning couch tour as we departed the docks and cruised south
to the Exuma Land & Sea Park. 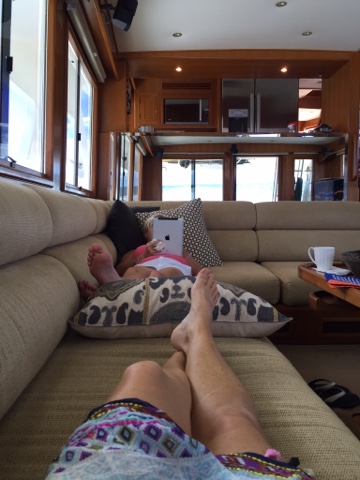 Email ThisBlogThis!Share to TwitterShare to FacebookShare to Pinterest
Where we're at: Highborne Cay, The Bahamas