Heading to Portland from Boothbay was quite a challenge. The fog was thick and coated the atmosphere. With lobster traps every few hundred feet, we had to cruise at a slow speed and even had our own fog horn going. We could hear various other ones blaring as well. 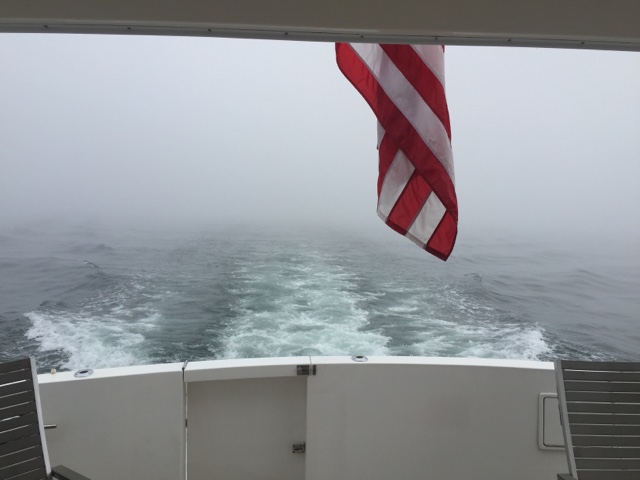 So much for good visibility! 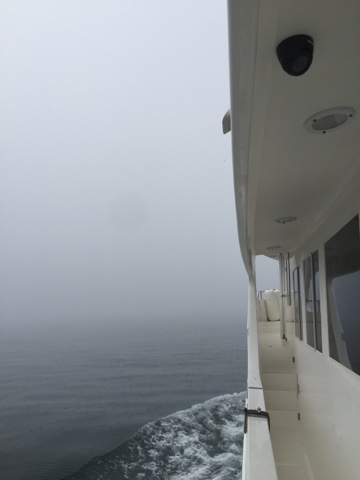 Roger was determined to catch the BIG one while we cruised at a trolling speed.
Smack it like it's HOT! 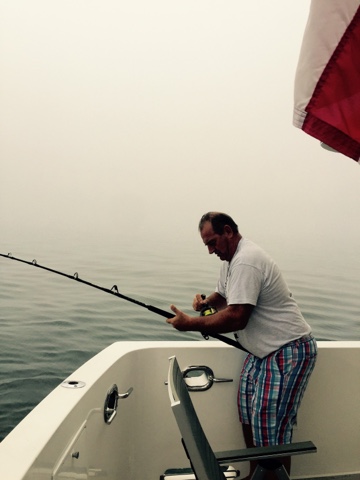 You never know how vacation fishing will end up...

And then.. He had one on the line and was so excited he may have gotten his knickers in a twist running to his rod. Ha! The look of sheer determination on his face was priceless. 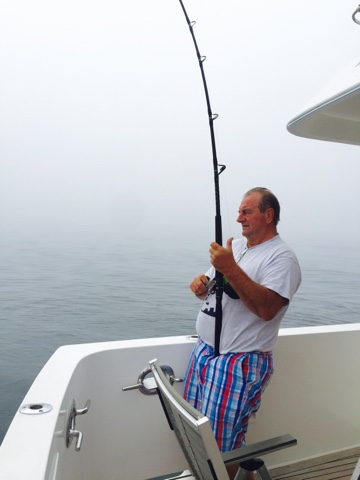 For some reason, the BIG one wasn't putting up much of a fight. And then... Roger began to think he had only caught some "rubbish" of the sea. When it was revealed that he caught a local "pail fish", Dee could hardly breathe due to the fact she was laughing her head off. 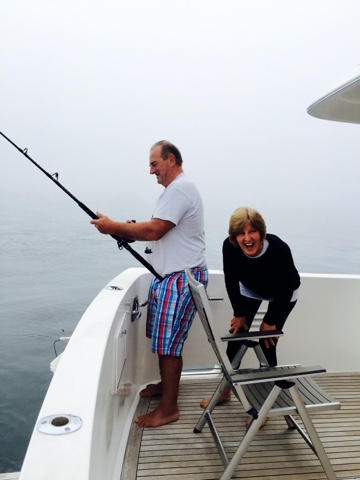 Here's the "pail fish" he caught that was the BIG one! Just a white pail with the bottom cut out of it. Everyone had such a good laugh over it. Roger was so disappointed Brad almost felt sorry for him for a hot minute. BUT... There was no time for that. Brad explained that it was all a set-up and an awesome practical joke. You see, when Brad was moving the boat north last year through Roatan, Honduras Roger told him he must look up a guy on the island named Robert Thompson at a certain bar who was a dear friend of his. He owed Roger  a drink and told Brad he had to collect. So, Brad heads out in search of this guy asking every local he could. Some said they weren't sure where he was at, others said they didn't know. Long story short, turns out he doesn't even exist and Roger made the whole story up just to razz Brad. Ha! Birds of a feather as they say...those crazies. 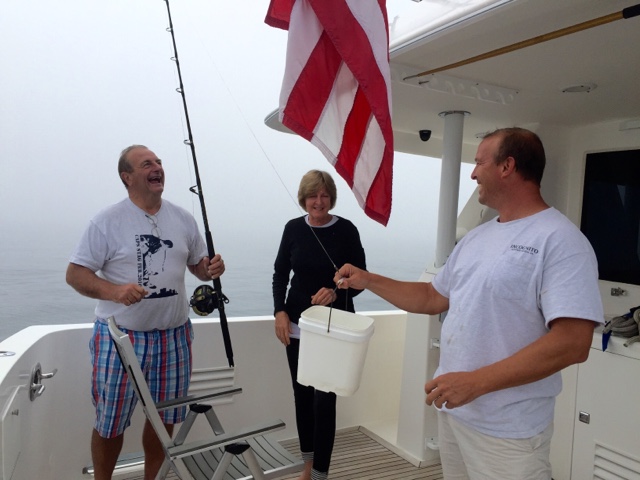 At least they played fair and didn't do this to each other.

The clouds finally parted as the fog lifted. Just in time for our Portland arrival. 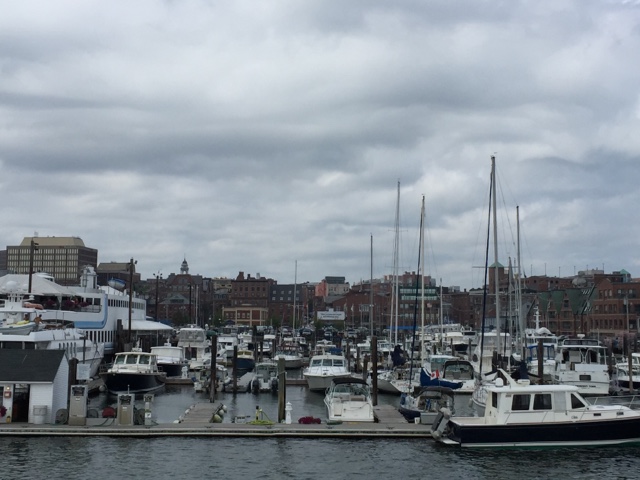 It looked like this town was full of history by the looks of these old buildings surrounding the harbor. 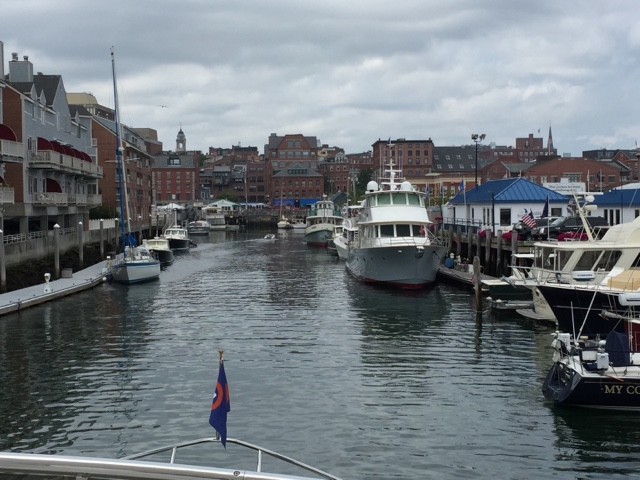 I loved the bon voyage signage at the marina! The locks of love were popularized in Paris and have certainly caught on here! 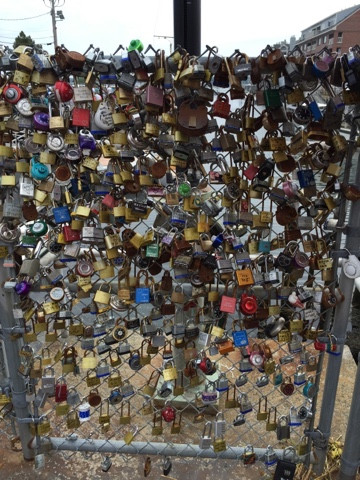 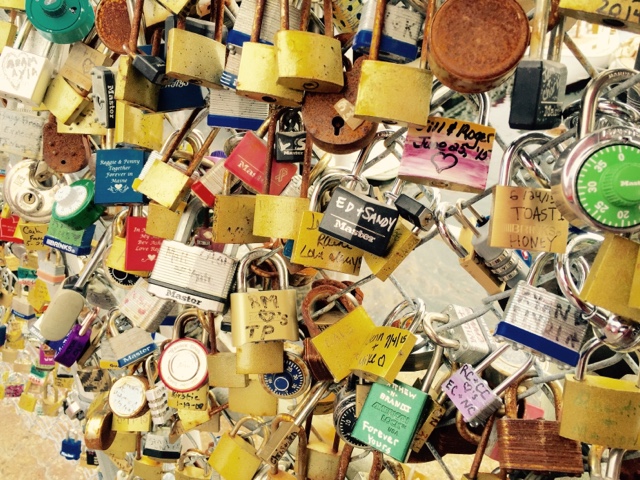 This old fire engine was parked just outside the marina and before I can ask.. "What year is that from?", Brad has already booked us a city tour in it and we board within two minutes of walking outside the marina. 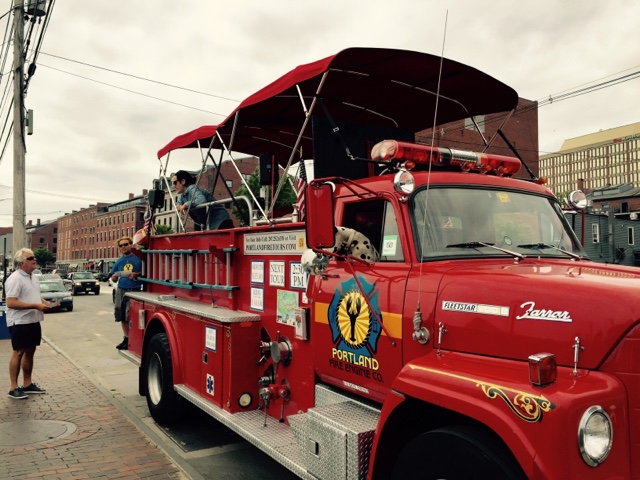 Here is our tour guide Ben who extolled the virtues of this charming city. 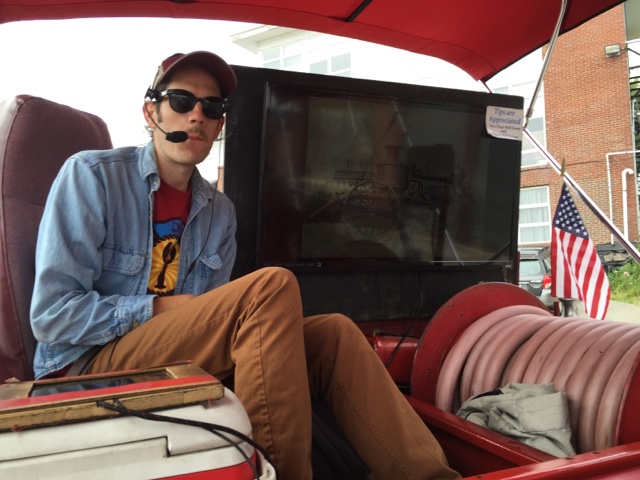 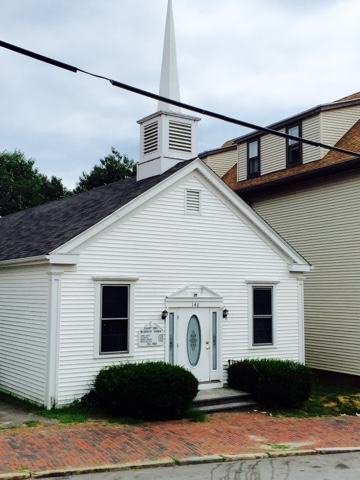 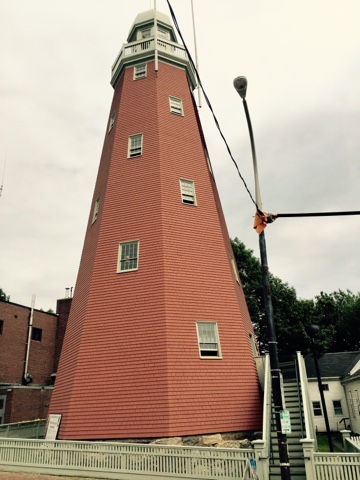 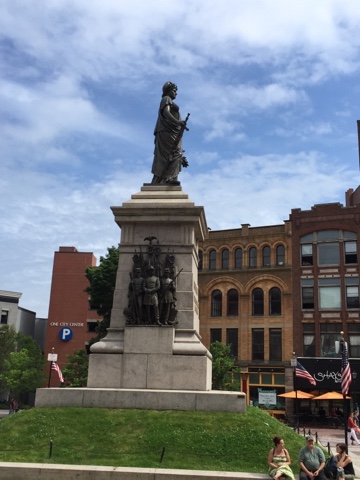 Henry Wadsworth Longfellow made quite a name for himself in this city. A beautiful monument honored him in the town square. 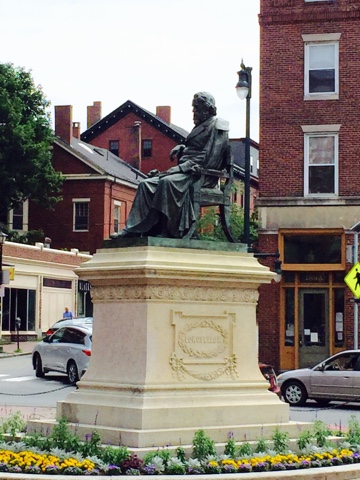 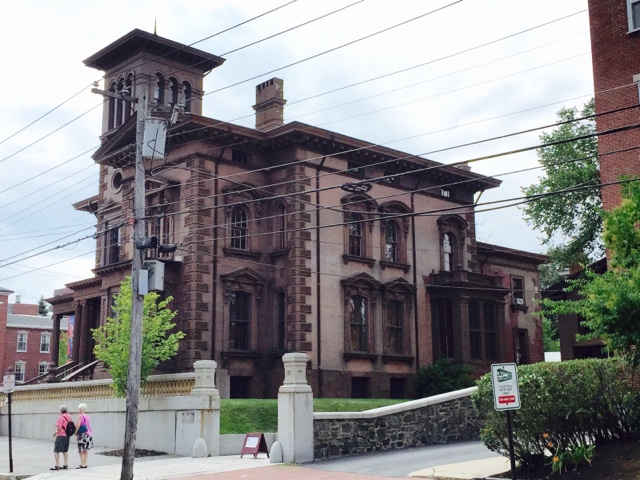 Portland was a quiet town, but also a "foodie" town filled with gourmet delights.
After Roger & Dee departed, we stumbled upon an amazing sushi restaurant there (Bish had scouted it out for us) and it was the best sushi we'd had in a long time.

Our boat was quite at home in the marina and tucked into its own corner slip. 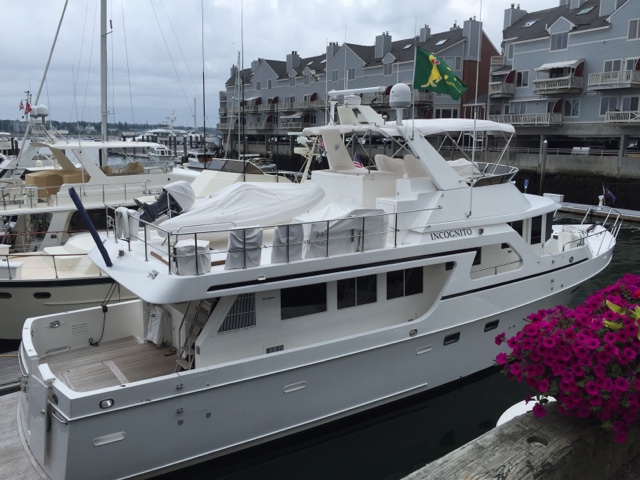