As soon as we arrived in Atlantic City (last week), Bish tied us into our slip for the night. Luckily we were only here for an evening pit stop to break up a long run that was rough as can be.
Adrianna and I were doing our best to keep seasickness at bay. 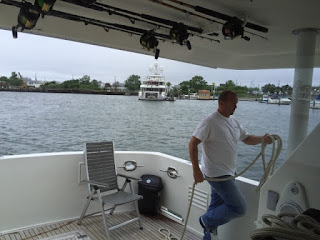 The weather was quite chilly and we had intermittent rain. 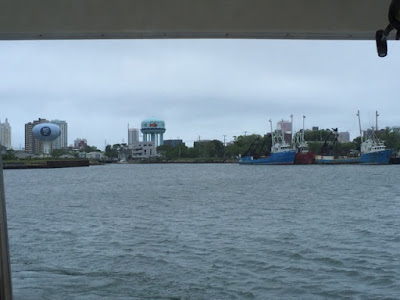 Brad, Lance, Adrianna & I cabbed it over to the infamous Atlantic City Boardwalk to check out what all the fuss was about. We saw these little push carts that you would hire to push you down the boardwalk as you sat in them (funny!) so you wouldn't have to walk...
And we wonder why America suffers from obesity?! 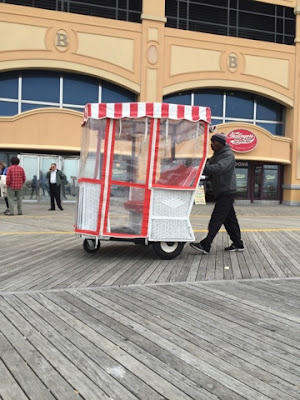 And then... BAM! The epitome of AC, New Jersey. Completely awesome! How proud this man is. He reminds me of Nancy Sinatra. Ha! He had a swagger all his own. Fierce. 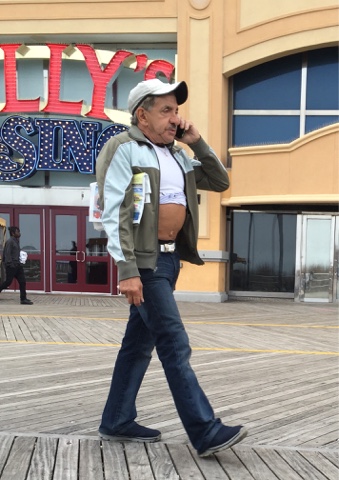 These boots are made for walkin'!! 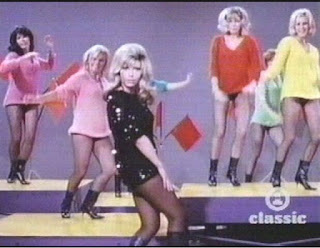 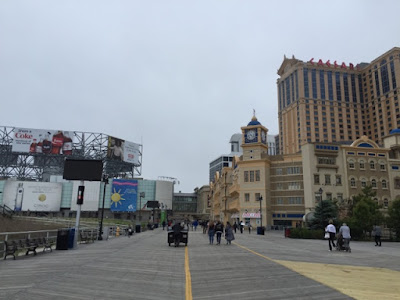 I'm betting that this burger joint may have been bred out of the HBO TV show... 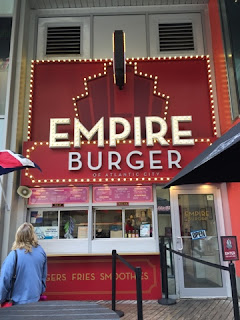 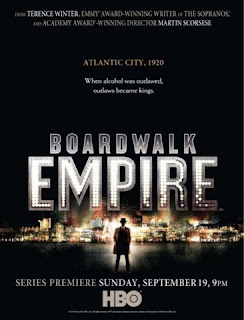 For those who don't want to hire the push cart to move your lazy butt from one end to the other...there's the boardwalk tram. It's riveting! 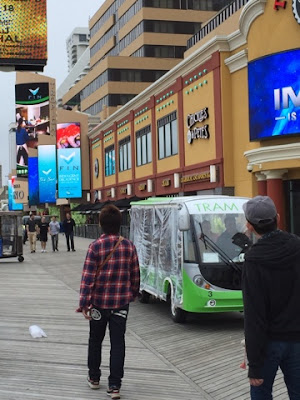 We had to cut through a casino to reach the taxi stand to get back to the boat.
(Trust me...There was nothing else worth seeing in AC) 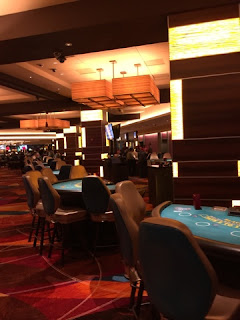 The interior of that barren casino smelled like a cigarette stank bomb went off.
Just from walking through it for two minutes, it had already clung to my hair. Eeooow! 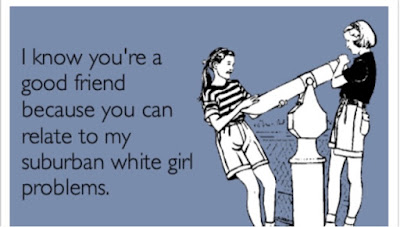 This is the only redeeming photo I took of Atlantic City in my opinion. 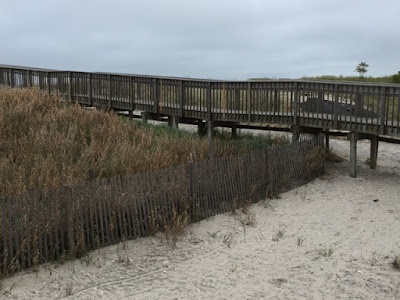 Due to some very rough seas cruising from Cape May to AC, 30 knot winds, large swells and waves slapping us on the beam (the boats' sides)... Adrianna and I decided the day before to vacate via Uber and make our way to NYC via car the next am. The boys thought this was a great idea! It wasn't worth the 8 hour run to try to keep our "queezies" at bay.
The 4 hour run from the previous day did us in. Holy moly.
We waved goodbye to the boys at 7am along with our friendly
boat neighbor as you can see in the photo... 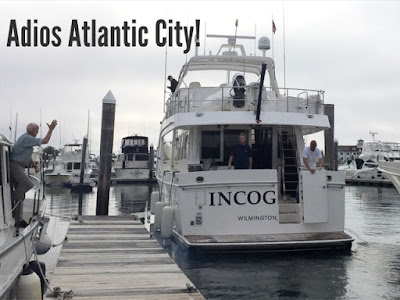 And then we walked across the street to the Golden "Nasty" Nugget casino to meet our ordered-up Über driver, Steve. 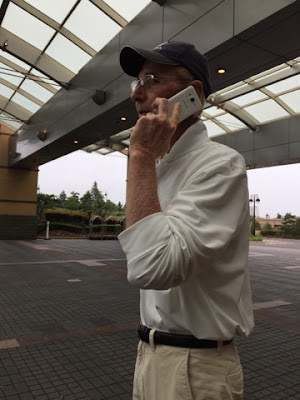 However, before we could even make it across the street two 30-something "goombas" make a beeline for us and ask us where we are going. (Wish I had gotten that photo nugget!)

These yah-yo guys reminded me of a Chevy Camaro IROC. IROC meaning "Italian retards out cruising"... Haha! Not that there's anything wrong with that. 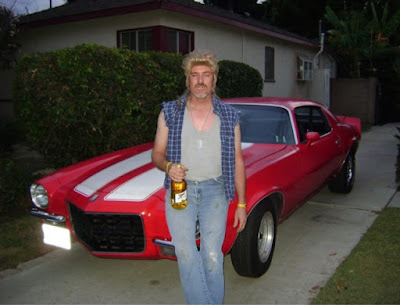 What's a "goomba" you ask? Well, I found the precise slang definition in the (*gasp!) racial slur database. Who knew there was such a thing? (#dont judge) I've always heard Italian New Yorkers call other goofball Italians goombas, so in this case it fit. I had no idea it was a casual racial slur, but I can tell you that any NY'r would think it's just hilarious. You can google it if you like.

Anyhow- Steve seemed normal and was super nice. Then... He asked us where we were going as he seemed to have forgotten... (it was displayed on his phone prior to asking us this question, but obviously he didn't bother to look)  and we told him we had to get to NYC. He balked ever so nicely. He said that he had to feed his 94 yr old mother lunch (aw), and a 2 hour drive to New York was out of the question. Steve was intent on finding us a solution (yay Steve!) and drove us over to the Borgata Casino as they supposedly had a nice car service at the ready. Well, turned out those cars weren't "at the ready".

Then.. Who shows up, but the two goombas! They were aggressive and relentless. So.. They heard us tell our driver "NYC" and they begged us to stay. I told them an abrupt "no", that we were very married and had zero interest as bluntly and politely as I could. Somehow these (probably drunk) guys ascertain that we are stranded as Steve said he couldn't drive us to NYC. One of them then pulled out his massive wad o' hundreds & offered to pay whatever it took for our Uber ride instead. What a crack-up! I told them a flat out "no", that was not going to happen and they won't ever see us again. One guy suggested we should hang out at his apartment in the city if we wanted to relax (what??!!!) and we can feed his dog so his doorman didn't have to. We could hardly contain ourselves with laughter! Even Steve our Uber driver was confused as to who they were and we had to then explain we had no prior knowledge of these guys and we just waved goodbye to our hubby's and are meeting them in NYC. It hadn't been 10 minutes since we kissed our hubby's goodbye and now all this hysterical chaos.

Long story short, Steve calls his buddy Lance who is a new Uber driver (are you getting all this?) and would happily do it. Steve knew Lance from their decades of friendship as they both worked for 30 years in Atlantic City casinos together. (Lordy, you can't make up this kind o' crazy!)

So... We finally, finally lost the interest of the goombahs once I reminded them that they have ZERO chance of ever seeing us again in their lifetime. They went back in the stanky casino and Lance finally arrived. Hallelujah! 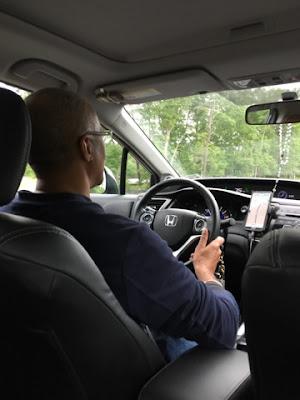 Lance was a crack-up and kept us entertained with small talk until we arrived in Manhattan. We did learn that he also sold supplemental insurance to the elderly...A genuine nice guy. Both he & Steve grew up in AC and said that their hometown city was not safe and they referred to it as a toilet. Ha!
Now... We are on our way to CIVILIZATION. Otherwise known as Manhattan!! We'll meet the boys on the boat later this afternoon when they arrive...now, off to peruse the city. Stay tuned...