After a good long walk on the beach this am we are heading home. Such fun memories!! Debbie and I had the later flights today (with Mary, Constance & Angela on the earlier ones) so we ventured via taxi into downtown Zihuatanejo. We were on a mission to find a "molcajete" which is a type of mortar and pestle made of lava rock that you use to make guacamole, etc. I used one in my cooking class this past week and was instantly obsessed. Legend has it (haha!!) that you get a much richer flavor for guacamole by grinding seared cloves of garlic and Serrano chile into the lava. This makes a paste before you add the other ingredients. So we asked "Melba" from a local tourist shop where to find one. She said they were $25.00 and it was about a 7 minute walk to the locals mercado (market) and that she would procure them for us. This sounded like a fantastic idea (who doesn't love a good "facilitator"?!!) since we wanted to browse the mercado and only had 20 minutes before we had to head back to the marina in a taxi and shower / get our bags & head to the airport. So, we agreed to meet Melba in 20 minutes near a tourist shop. She came back with our (VERY heavy) molcajetes ten minutes later. I've now dubbed her "Speedy Gonzalez!" She told us that we had to "cure" them by grinding white rice into the lava rock & then wash it. (And to repeat the process 3 times)
Well, our "molcajete" excitement continued when we got to the airport! Debbie had hers in a carry-on bag (It's not like shes going to bonk someone on the head with it on the plane or something.. Ha-ha!) and I left mine back on the boat as Brad wanted to use it to make guacamole for the boys trip. (He loves to make guac!) ...So as we are going through security, Debbie gets stopped and told that she can't bring the molcajete on the plane & it has to be checked. Well, our plane was boarding in 30 minutes and there was no way we were going to risk missing the flight. So I begged "Manuel" the fabulous gay airline rep to give it to Brad when he landed (He was going to page him) so that he can put it on the boat for later retrieval. I also told him that Debbie was a chef...ok-that part was a little white lie, but she does aspire to be a better cook and that magic will happen with her molcajete!! This bit of info made him giddy...What a crack-up! So I gave him a tip to facilitate this endeavor and we crossed or fingers to make it happen.
Before we know it, Brads plane came in early (yay!!). I sent him a text and told him the molcajete story & to meet me outside of customs. I was then able to get security (who knew us well by this point) to let me back into the terminal so that I could give my husband a BIG kiss and also the molcajete! (Thank goodness its a tiny airport and you can get away with these shenanigans.) However, due to the predictive text on my cell phone, the word "molcajete" turned into "machete", and it left Brad wondering why Debbie would try to check a machete into her carry-on bag?? HA! Just hysterical, and now Debbie's molcajete will live on in infamy...And I can't wait until she invites me over for a guacamole tasting!!
Olé! 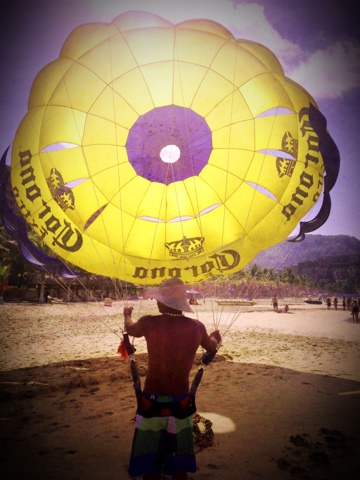 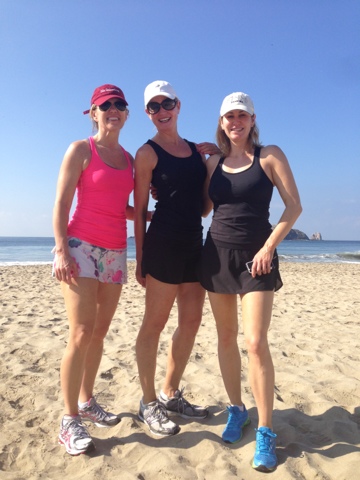 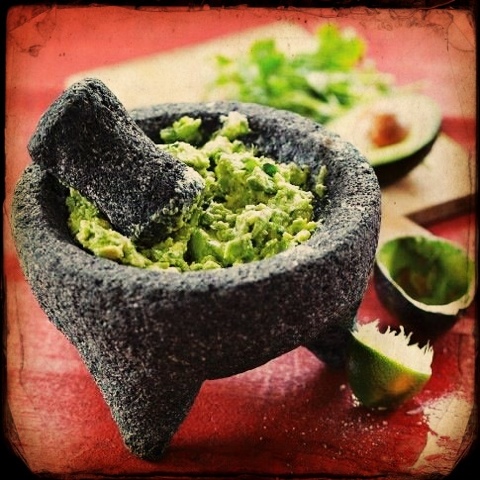