The start of girls weekend was commenced with Consuela and Maria in the kayak...of course Angelita and I had to venture out to find them once they were out of sight. Once we spotted those crazies, Maria yelled out to us..."dont make waves!" So of course we wouldn't want to disrupt their zen kayak experience. (Not) Flash forward to us spinning donuts around them in the dingy in multiple locations... Just hilarious!!
We then ventured over to a beautiful beach across the bay and enjoyed our morning coconut water inside of actual coconuts. The ambience was like arriving on Gilligan's Island.
Afterwards we spent a nice long lunch at Tata's (yes, again!) while Angelita modeled Mexican wrestling masks for our own entertainment... Then it was siestas all around back at the boat. Debbie (now dubbed "Juanita") finally arrived this afternoon and we greeted her on the beach in front of The Viceroy and put her luggage in the dingy. What a sight she was strolling through the waves with her luggage. So happy she finally made it!! Some guy nicknamed "Tarzan" came to assist Danny with the dingy launch. Consuela thought he was right out of The Jungle Book. We headed back to the Viceroy and enjoyed some libations as the sun set on the horizon. Dinner was fantastic at Espuma and we even did a pre-celebration for Maria's birthday as we never seem to be together for her actual bday.. Albeit it's at the beginning of April. Ha! A great day had by all!! 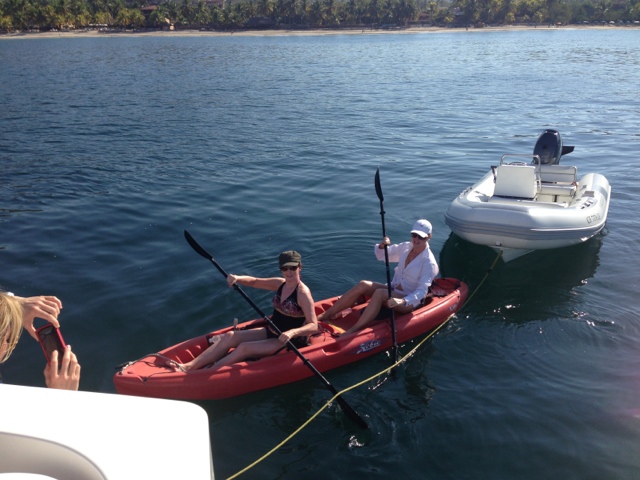 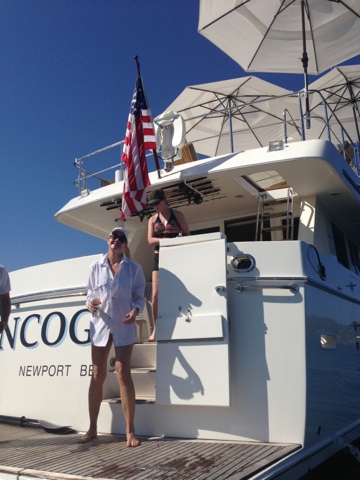 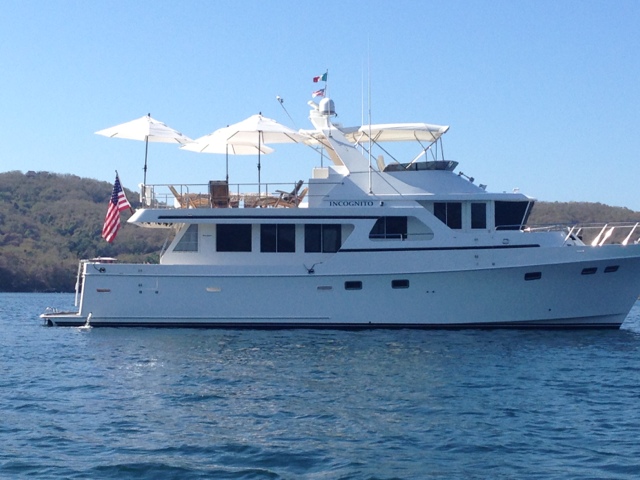 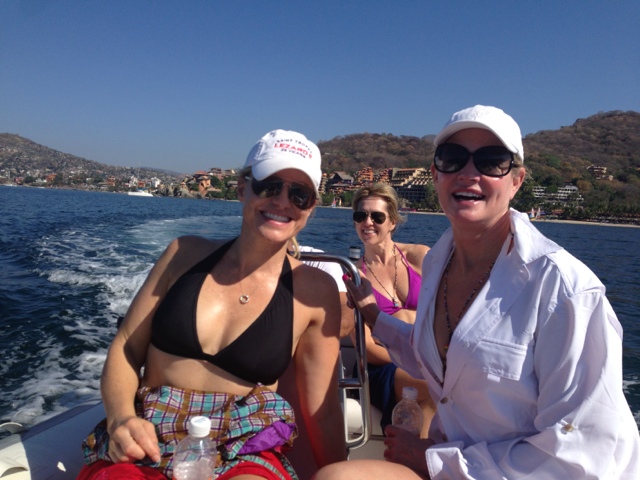 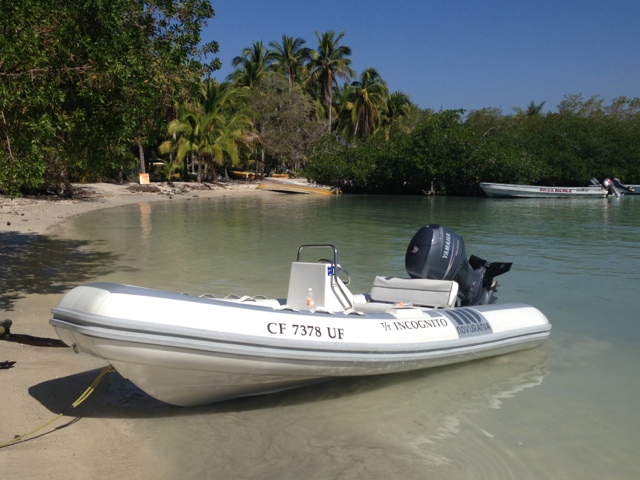 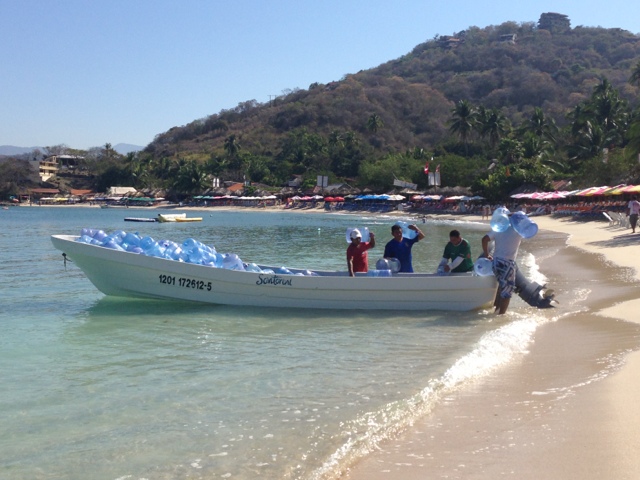 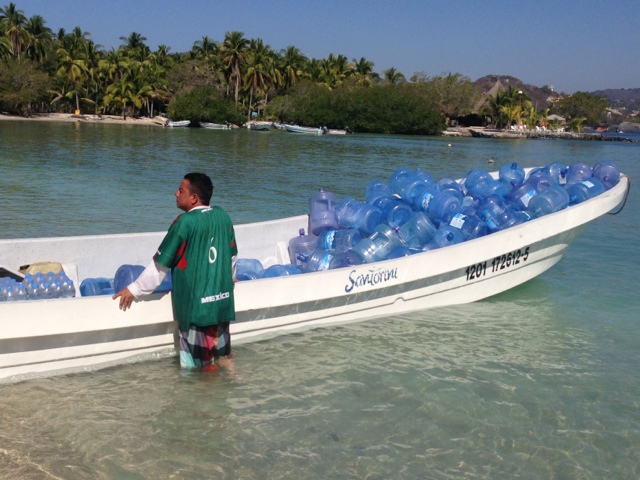 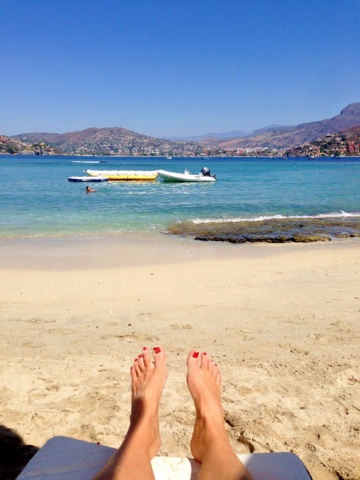 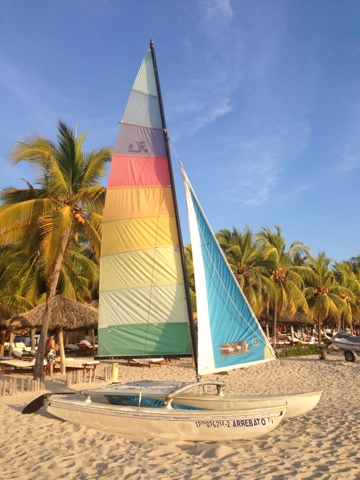 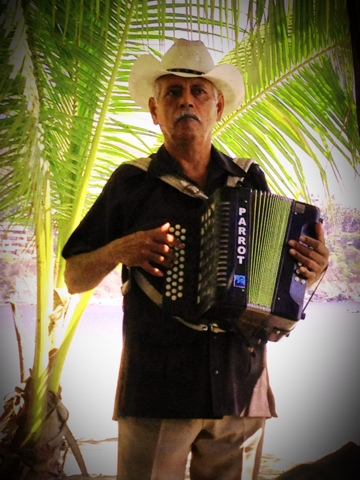 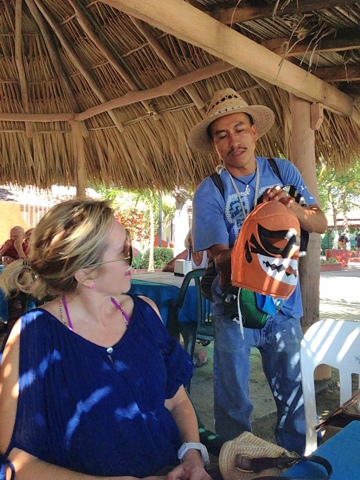 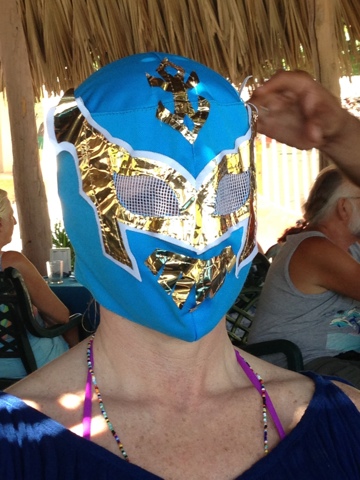 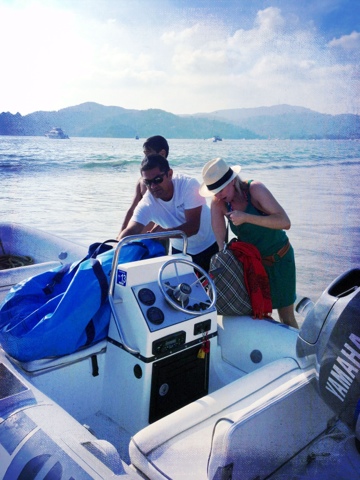 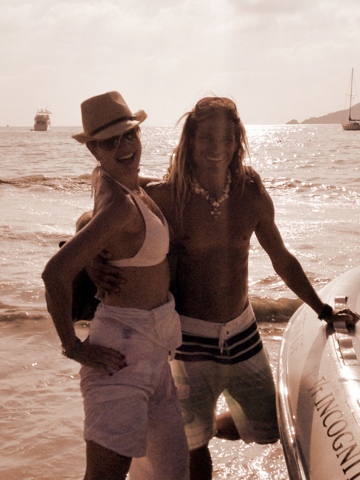 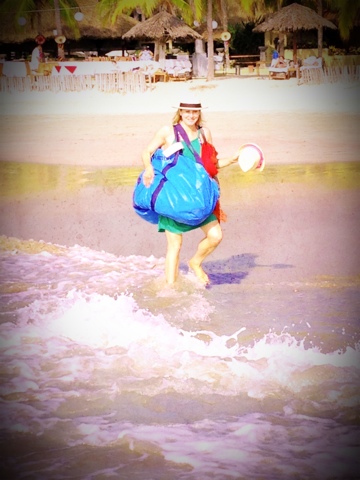 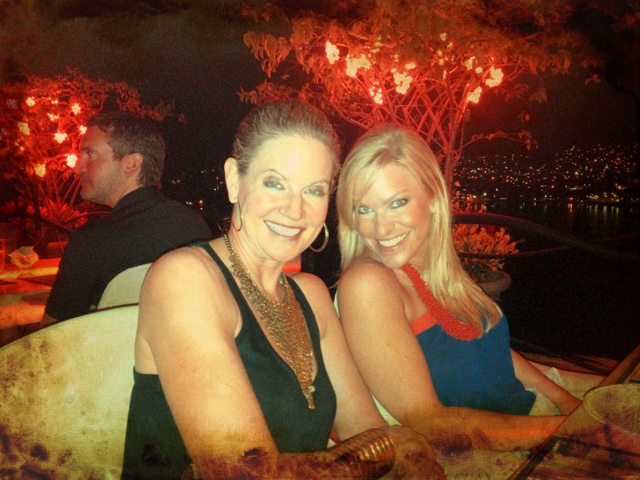 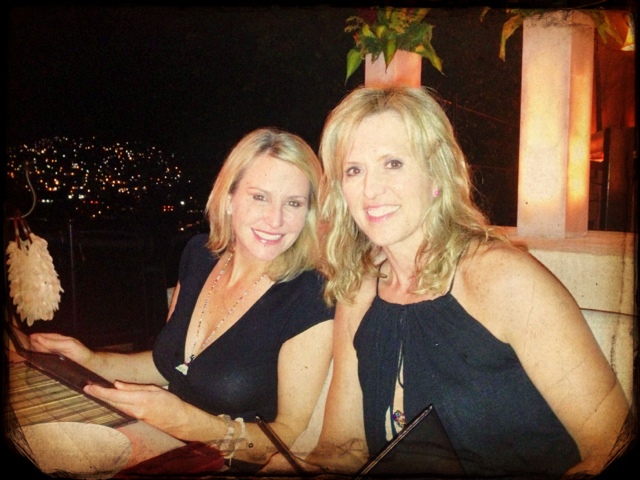 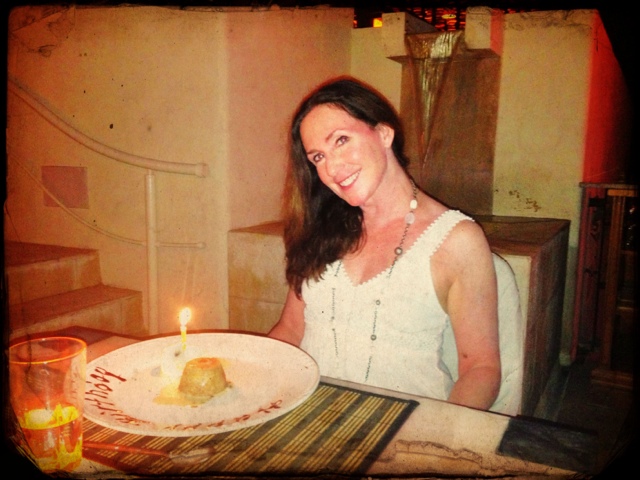 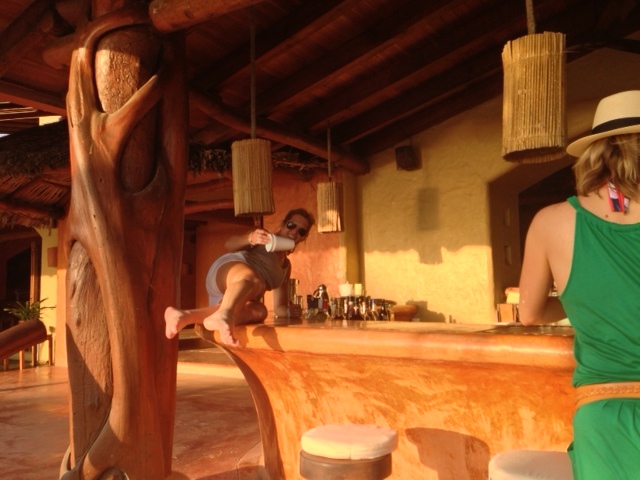 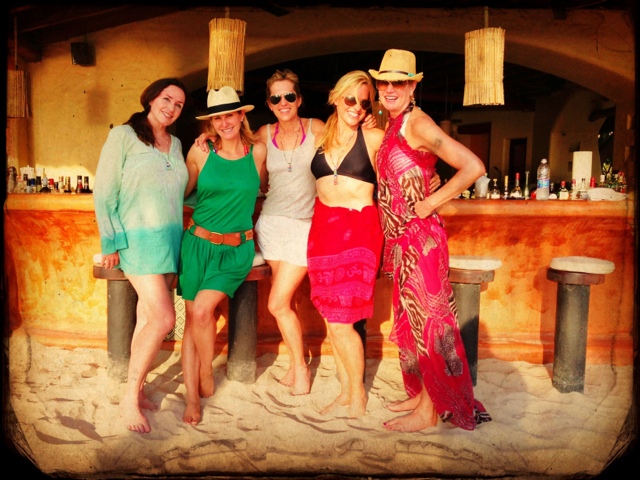 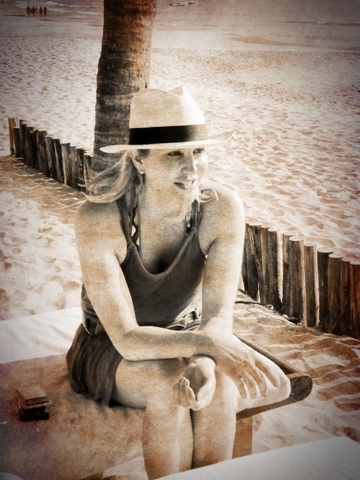 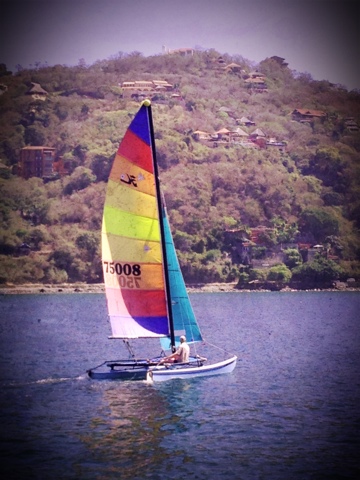 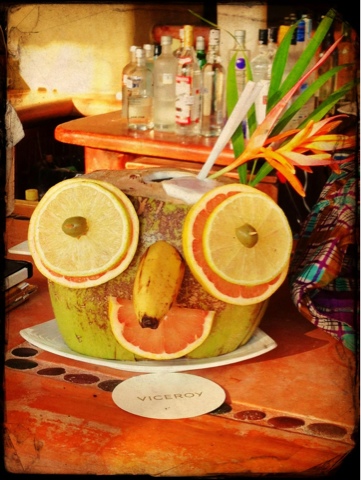