Brad, Jim & Bish (Dick flew home after the canal adventure) departed Panama and headed out to the Pearl Islands which were just off the coast. They cruised for a few hours and the seas were mostly flat, and MUCH better than what they had experienced since leaving Aruba!

The large island on the bottom left is the Isla de Coiba.

The boys were so happy to be back on Pacific side, however there was nothing overly exciting to see and they were oversold on it. Bummer. So much for all that amazing fishing they were told about around this natural park. It was beautiful, but this photo below was a shot I took from Google... 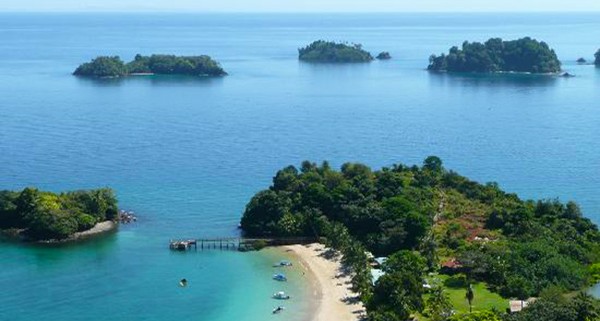 And this was reality...no wonder they felt ripped off! 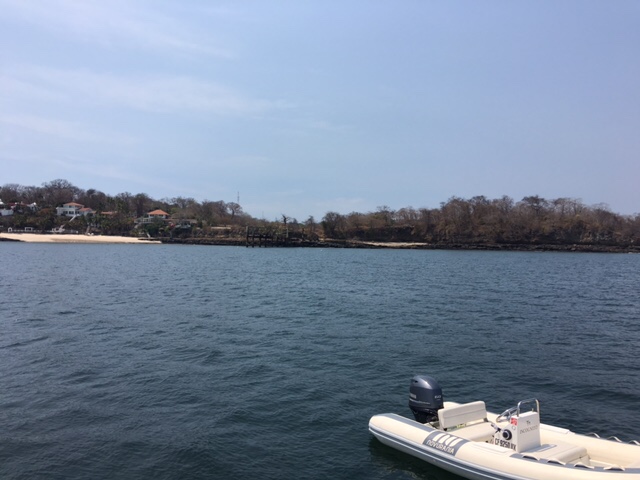 They anchored there and could watch where all the infamous skydiving took place. 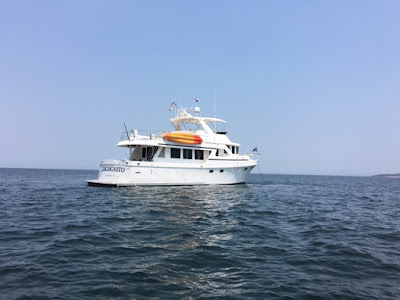 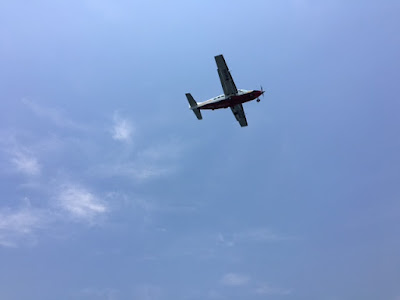 The only peeps on the island are a bunch of twenty somethings jumping out of planes. ha! 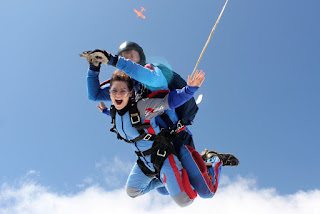 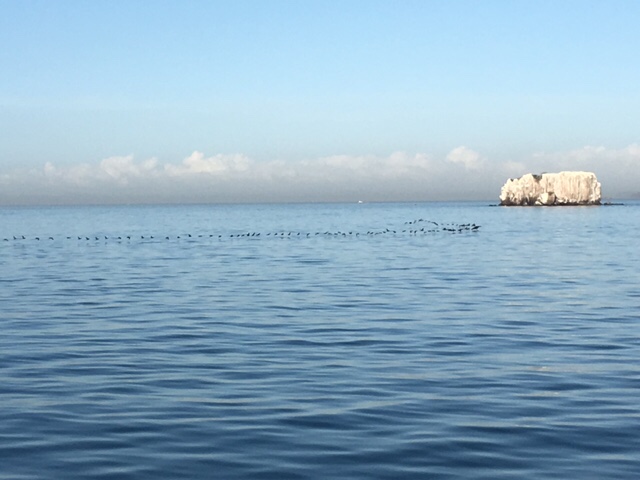 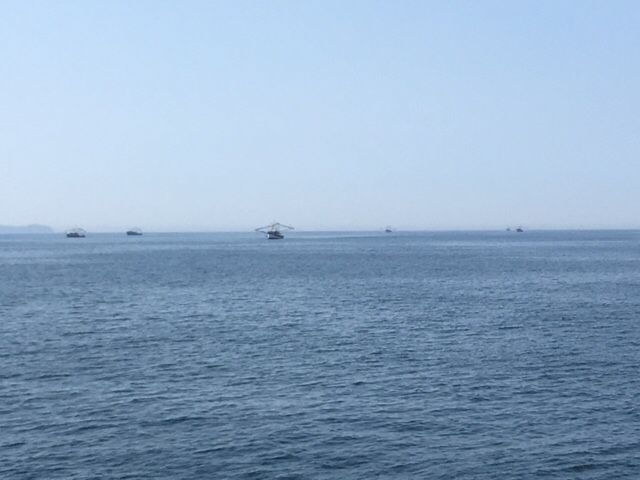 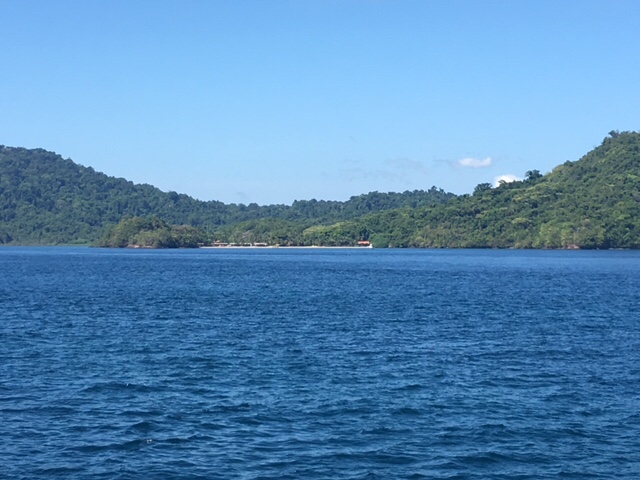 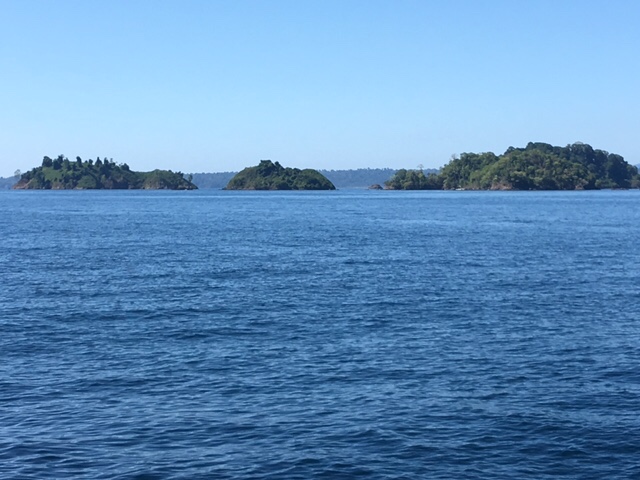 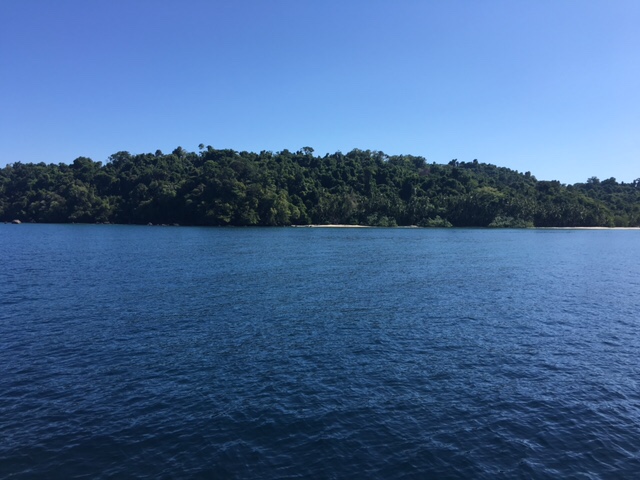 After all that lack of excitement, the boys left the next day for Costa Rica.

I personally have been to Coiba about 20 years ago when it was an actual penal colony. I had to charter a flight to get back to Panama City as my girlfriend and I were on a jungle adventure & that was the only location to do it from. I departed on a dirt path over a cliff and the prisoners not only carried my luggage (that was a shock!) to the plane, but they had to get the cattle out of the road.
I had NO idea that they would be walking around and so helpful.
That was a crazy experience! Hard to imagine that the jail cells are now cabins you can rent out.
Posted by Unknown at 9:50 PM