Exuma Islands to Turks and Caicos.

The next day... Brad and I had a great (hot!) morning walk on the golf course which was a beautiful sight set against the Bahamian sea, and designed by über golfer Greg Norman. 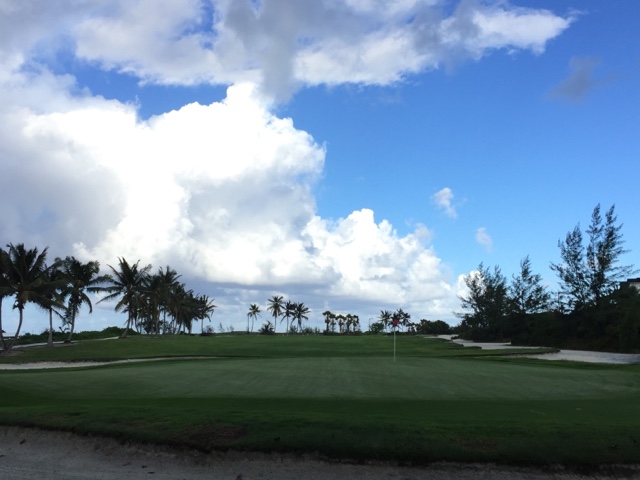 I didn't bring my phone with me which is rare. It was so HOT & humid, that carrying something just seemed to be a hindrance. And then... What happens? As we walk the course which has only a handful of golfers at one hole, who is there playing but "The Shark" himself... Greg Norman!! Whaaa?

Ugh. Could have slapped myself silly for not getting that photo nugget!! He was there with a small group of golf journalists. One of them told us that this was only the 8th time he had played this year. Shocking for someone of his experience, but I'm betting he's enjoying his retirement thoroughly.

Afterwards, Brad & I hit the pool and awaited Sid's arrival. He and his wife Susan would be joining us for our Turks & Caicos adventure. However, Suz was meeting me in Miami in a few days as the two of us weren't going on the overnight run to the Turks. Too rough.
Sid happily arrived & was sipping a taste of the islands in no time flat. 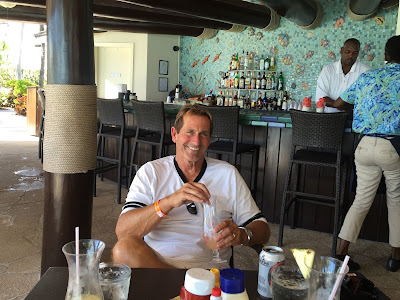 We saw a nice boat pull up next to us in the marina the next afternoon, and it turns out that the owners belong to our same yacht club. 6 Degrees of separation, I mean Kevin Bacon they say...

Our new boat friends from NHYC. 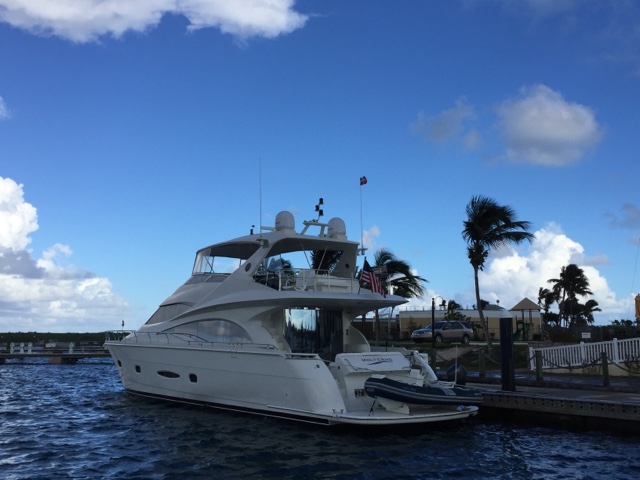 All of the guys got to know each other and soon a sausage fest broke out in the pool... 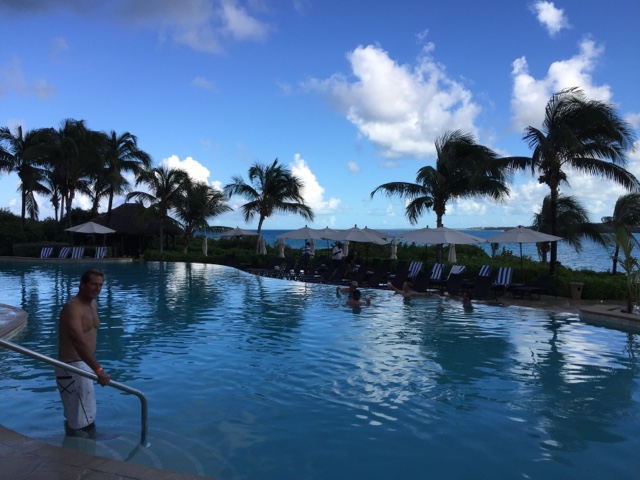 Even an afternoon monsoon didn't rattle their fun... 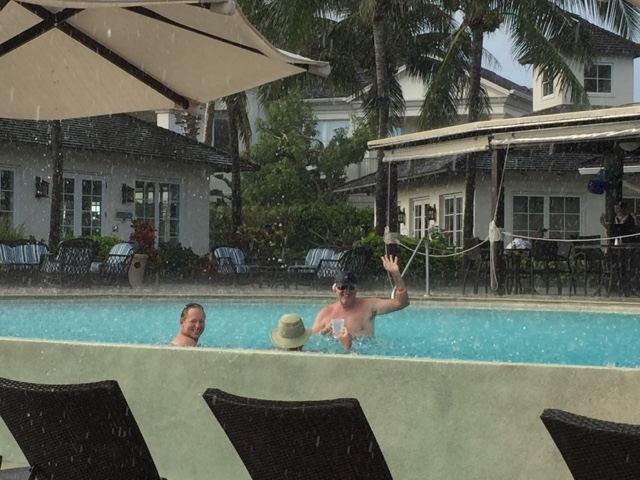 The weather also didn't bother the waiter as he brought out lunch to poolside guests... 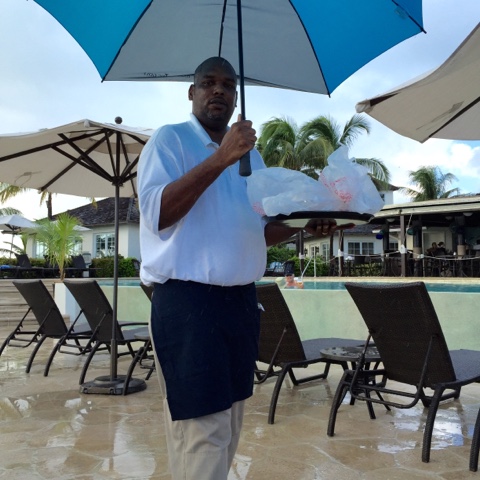 The next morning, the boys dropped me off via dingy at The Exuma market in town as they were leaving to head south to the Turks. Bernice (best taxi driver around!) scooped me up and dropped me back at the Grand Isle Resort where I spent a half day poolside awaiting my afternoon flight. 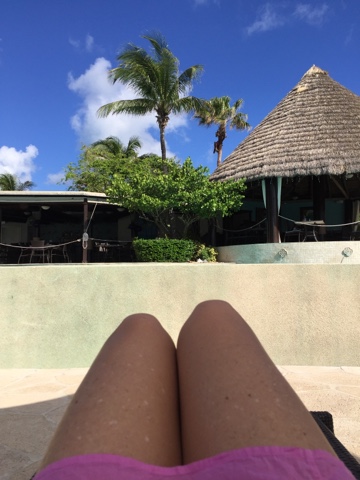 The boys were headed to the Turks on an overnight run, and since there was a chance that the seas could be rough (and they were!), I opted to fly there instead.
Here's a map showing you where the Turks & Caicos are located. 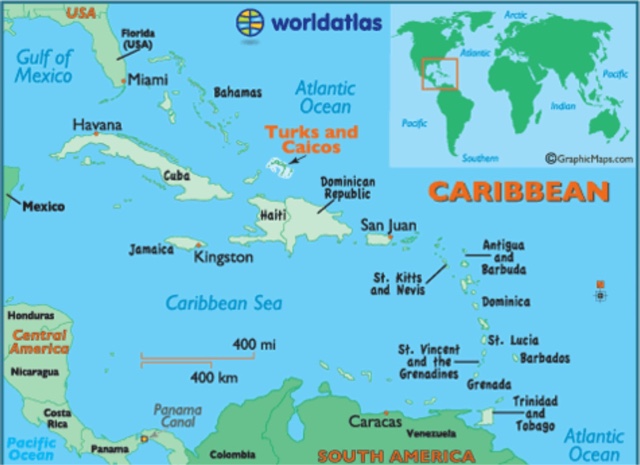 The funny part was that I had to fly north to Miami & go back through US customs in order to fly south to The Turks & Caicos.
Made no sense, but that was just how it was done.  I met Susan at the Miami airport later that afternoon and we flew to the Turks that evening. 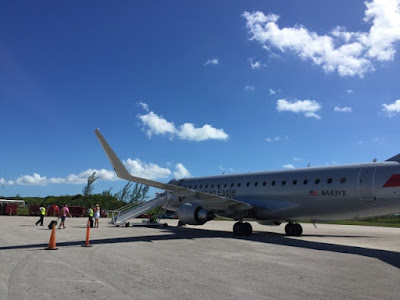 We planned a stay at The Ganeesvort hotel while we awaited the boys arrival the next afternoon.
It was the perfect spot to spend some time poolside! 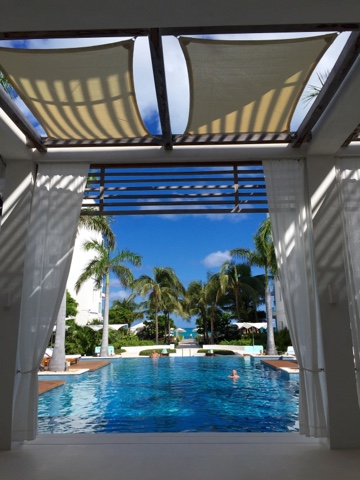 We awoke to my phone ringing bright & early. Brad was calling to tell me to look out our window... And there they were! That was some wake up call and the best surprise...couldn't believe they were able to get there by morning. Those speed demons. 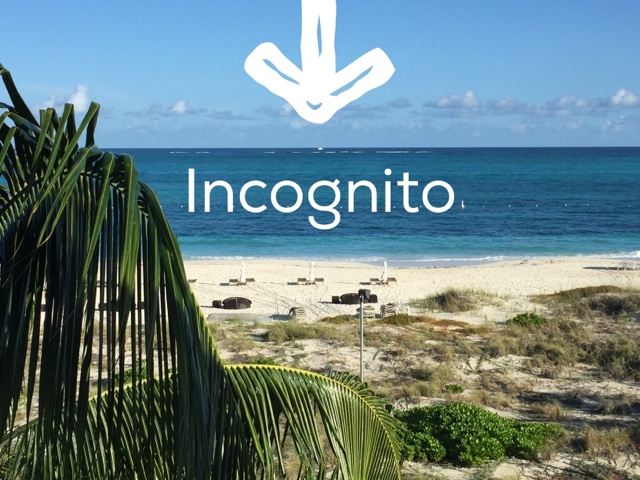 Suz and I had a very scheduled & taxing day ahead of us. We had to get ourselves to breakfast, and then to our late morning massages, and then to the pool. Yay!!! It was heaven. 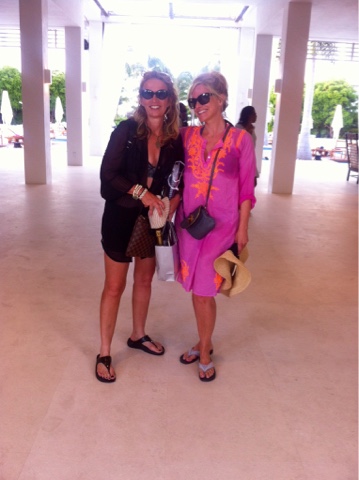 We spent the rest of the day poolside, and couldn't unglue ourselves from those seats. 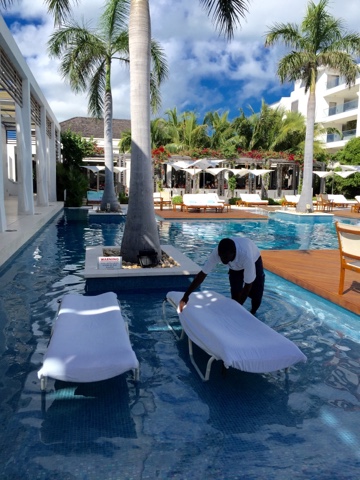 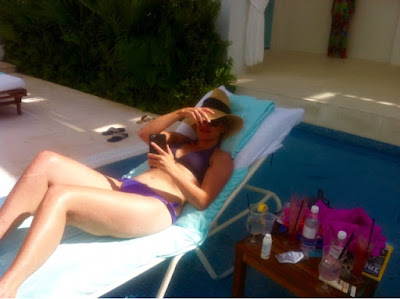 We chatted and caught up on the local folklore of course...

It was so relaxing! We finally checked out soooo late that afternoon, which was extremely nice of the hotel to accommodate at 4pm.

We still weren't ready to part with the pool just then, so we opted for 2 more hours and then took a taxi back to the boat that evening..
joining the boys for a "Bishtastic" dinner onboard. 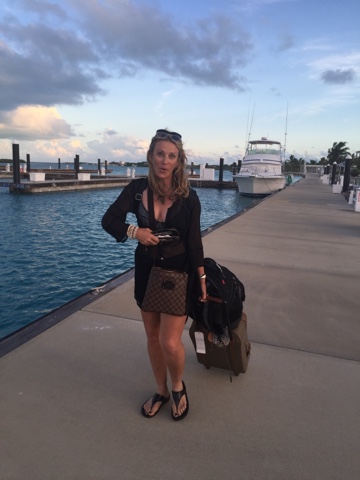 The marina sure looked like the best one of the trip so far! It was part of this resort... 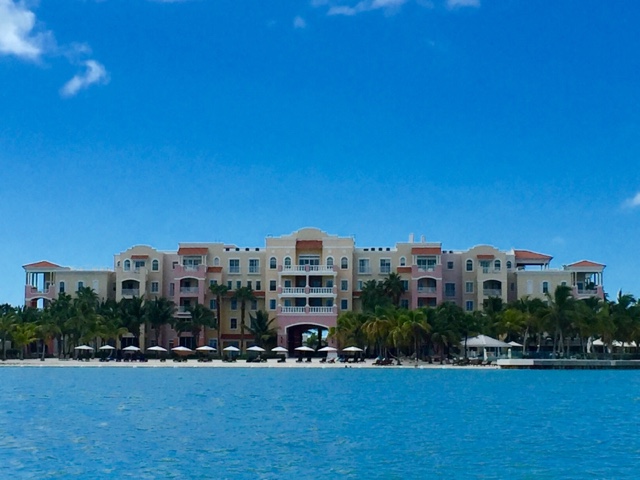 What a gorgeous harbor! 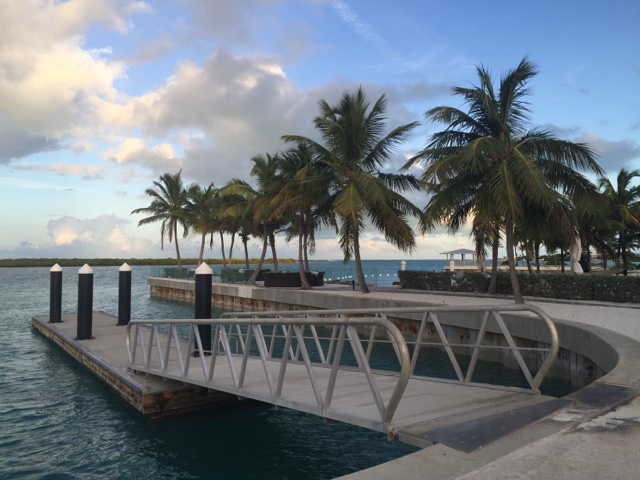 A pool and everything at our disposal. Awesomesauce! 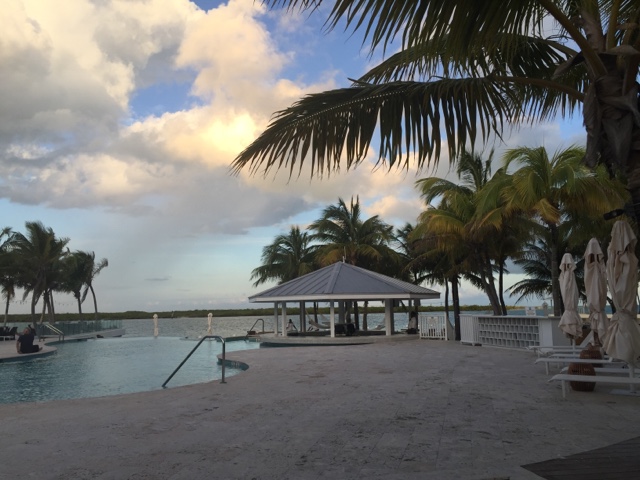 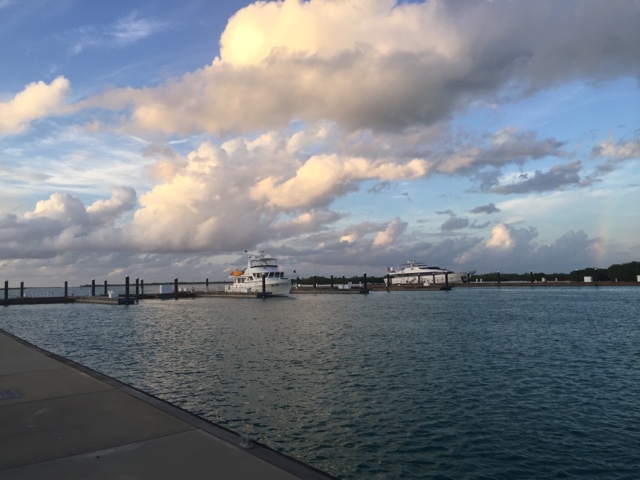 A lifesize chess game in the sand awaits... 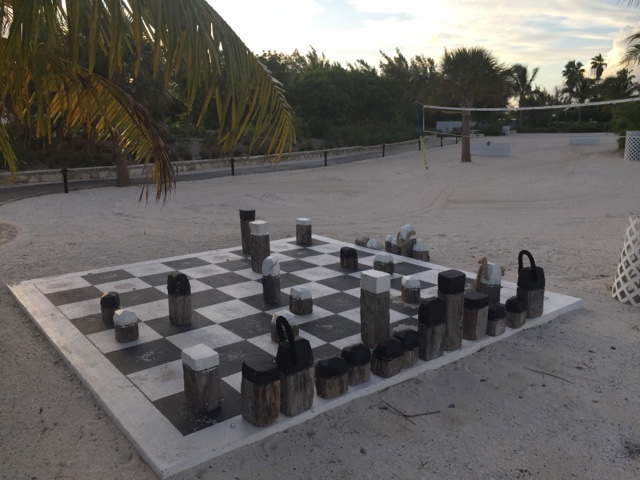 Just in time for another EPIC sunset! 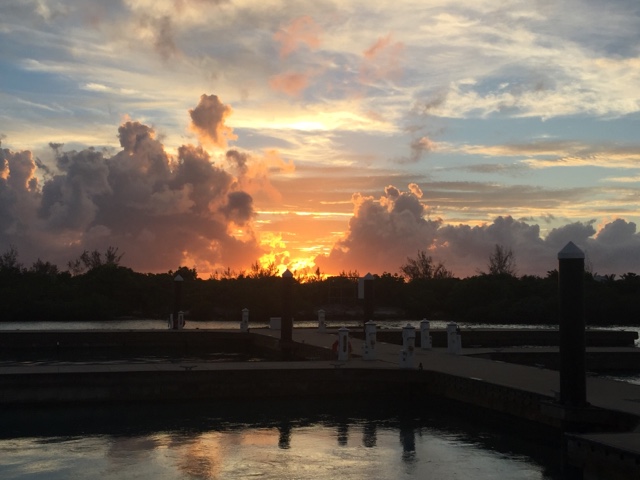