Well, there was more time spent in Huatulco than expected. Brad was counting on fueling up there 2 days ago, however upon arrival they were out of fuel. (So much for their confirmation that they indeed had fuel!) The marina stated that they were expecting the fuel truck that night, however it didn't arrive until the next afternoon. As the old saying goes..."Mañana, mañana" is alive and well! GOODTIMES!

So much for their early am departure! Since the entire day was a wash, Brad, Danny & Rafé went to town for a meal before they headed out at 3:00am for the Gulf of Tehuantepec when the winds were low. I had asked Brad to send me an email as they departed so I'd at least have a "time stamp" as to the hour they left in case I needed to track them down... I've probably been watching too many episodes of "Homeland" & "The Blacklist!"

Prior to departure, Brad went back & forth with the Huatulco port captain checking on the winds, as well as our multiple weather subscription services to confirm a safe passage. He has studied the weather in this gulf for the last 3 months and is well versed. The Gulf of Tehuantepec, is one of the few places on our voyage that could strike a little terror... at least in my heart that is.

And then they left the marina and headed out for the nail biter ride south... known as the Gulf of Tehuantepec. At least there was a (almost) full moon lighting the way.
Adios Huatulco! 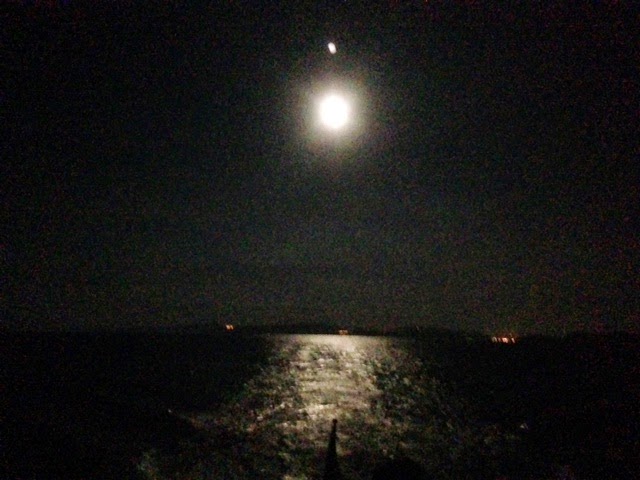 For boat cruisers, Tehuantepec is a place you plan & prepare for. It can unleash a nasty temper when least expected. Bahia Tehuantepec (Te-wan-te-PECK) is the large bay on the south side of Mexico. I have checked the winds multiple times today, and it actually looks like a great cruise for them! Here's the wind pattern link again if you want to see it in action..
http://earth.nullschool.net/#current/wind/surface/level/orthographic=-89.47,18.81,1580

The geography to the north of the bay is what makes it so interesting. 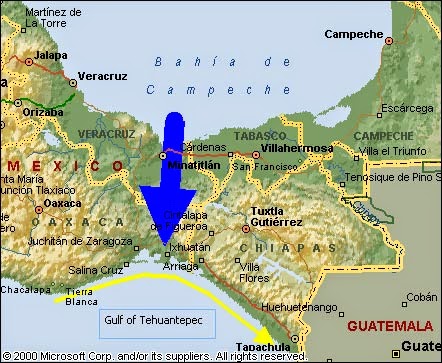 There are mountains to both the northwest and southeast that drop away to form a funnel which feeds winds from the Gulf of Mexico into the Pacific. It's a 125 mile wide, flat opening. A mild high pressure zone on the north side of the gap can create gale force winds on the south side. Those winds spill out in to the Pacific and build increasingly large waves. There are stories of those who decide to cut straight across the gulf, only to find the wind change on a dime and waves turn into 70' high waves of... Let me grab some Depends! You wouldn't want to end up like this...

Suffice to say, Brad is hugging the coast about 5 miles off shore and it's not too shabby. He said that in general, the winds weren't too bad all afternoon. As of my last chat with Brad on the satellite phone, 42 knot winds were the strongest they had experienced at the beginning of their cruise. They had to tie down the bimini cover on the top of the boat with additional lines so it didn’t rip off. But, what's a little wind amongst buds? Brad enjoys a little wind in his silky locks...

When they first set out at 3am, the 5’ waves were every 15 seconds and literally smacking the boat straight on. Then the waves hit across the beam which was much better as the intervals were minutes apart and not seconds. As of 7:30am, they were right off the coast of Salina Cruz, in Oaxaca. They are running around 10 knots and there were only smaller swells that they were dealing with.

Dawn Patrol off the coast of Salina Cruz 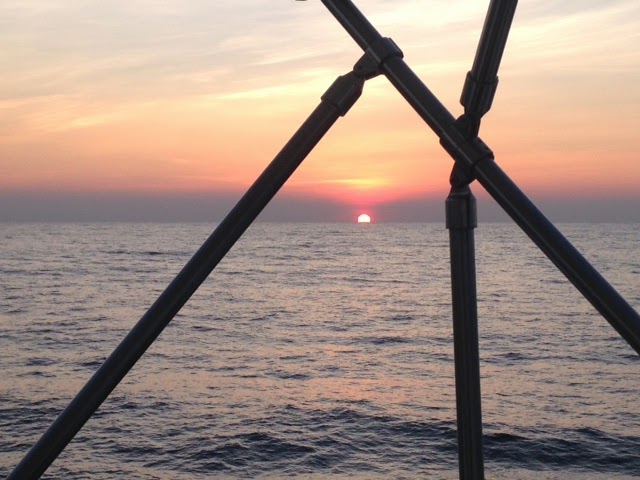 Salina Cruz is a hot surfing destination...numerous surfers
venture there in search of the perfect wave. Olé, Olé! 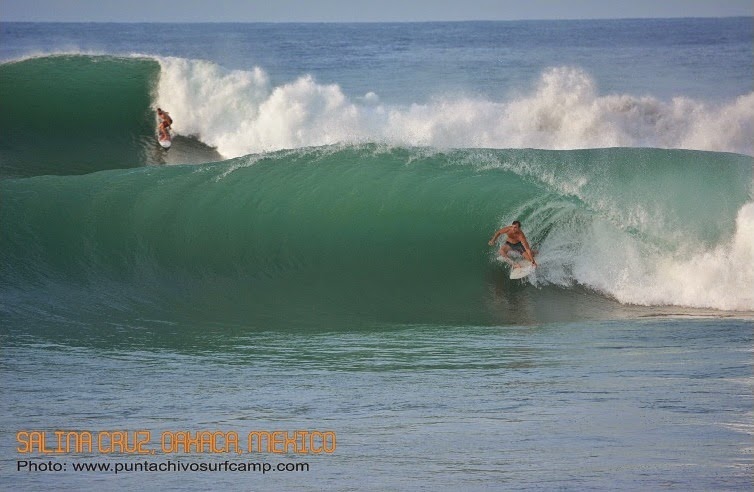 This map gives you a good idea how far south we've ventured since leaving Newport. Central America...here we come! 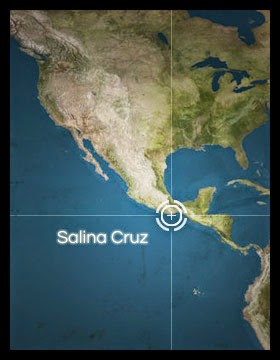 Apparently, someone doesn't like all the media attención there... Every party has a pooper! 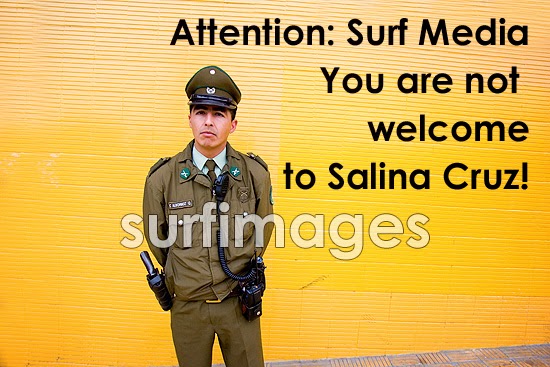 Brad dodged a slew of freighters & tankers around Salina Cruz at dawn. Salina Cruz has an oil refinery & that is where most of the oil produced in the gulf goes to be refined before it is shipped out to other Mexican ports. They zig zagged around a lot of shrimp boats, and if that wasn't exciting enough, it turns out that its turtle mating season. They are everywhere in the water looking for a hook-up!
Hey sailor...going my way? 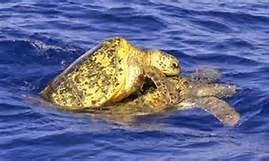 Courtship and mating for most sea turtles are believed to occur during a limited "receptive" period prior to the female's first nesting emergence. Afterwards, only females come ashore to nest; males almost never return to land once they leave the sand of their natal beach. During mating season, males may court a female by nuzzling her head or by gently biting the back of her neck and rear flippers. (Is this the turtle version of a HOT date?!) If the female does not flee, the male attaches himself to the back of the female's shell by gripping her top shell with claws in his front flippers. Raarrrr! He then folds his long tail under her shell to copulate.  Sometimes several males will compete for females and may even start a flipper fight. Females may mate with several males (those saucy tarts!) just prior to nesting season and store the sperm for several months. When she finally lays her eggs, they will have been fertilized by a variety of males. I don't know about you, but it sure sounds like these female sea turtles are the hookers of the deep blue sea!

Brad called late in the day on the SAT phone again and said that they should arrive in Chiapas around 1:30am, so they are making great time. It was a poor connection, so I didn't get any extra "411" except that everything was going swimmingly...