We arrived late yesterday afternoon to the Marina in Barra de Navidad. We had a great flight with our friend Dick and daughter Genna who we will coincidentally be visiting tomorrow.
We also had our fave "landscape engineer" (also known as our gardener) Tino, on our flight who was going to visit his dad in Manzanillo for his 81st birthday.  So sweet. He visits his dad often and we love him as our "landscape engineer"! Haha!! He's the only gardener we know who is a snappy dresser and even wears white jeans to work. He always looks like he's ready for a ranchero fiesta. Olé!
There were a ton of dogs on our flight and probably about 15 of them had to be checked through a separate customs line for pets. It was hilarious to hear all the barking dogs at once...You'd have thought you were standing in the middle of a dog adoption on the 4th of July. Such a racket! And there were two federales with their drug sniffing dogs as well. I watched a sweet looking black lab sniff an elderly mans luggage..who then had to open his bag for la policia, only to find out that the dog was smelling his daily medications and not narcotics. Impressive what sniffers those dogs have though! Luckily the man didn't have an appelplexy over having his bag searched.
The airport baggage claim had quite the back-up and the "red-light / green-light" button you push when you go through customs was on the fritz. Red means that they will search your bags and green means you're free to escape the masses... Luckily we had a green light and were set free from the throngs of seasonal vacationers & were headed to the next leg of our grand adventure!
We arrived to the boat and all was well. The marina is very quiet and most boats have yet to arrive for the "season." Late October and early November will be when the action heats up!
We went to the harbor masters office and paid our bill, had a margarita at the Grand Bay Hotel and then took a water taxi to town for dinner. We ended up back at Marlenas as she knows us and the food & service are great.. Especially her German dishes which are MUY authentico! Oktoberfest anyone?
We depart tomorrow at 10am and will cruise south for about 2 hours to Manzanillo where we will anchor in front of Casa Pelicanos. Looking forward to being back on the water!
Views from the plane. 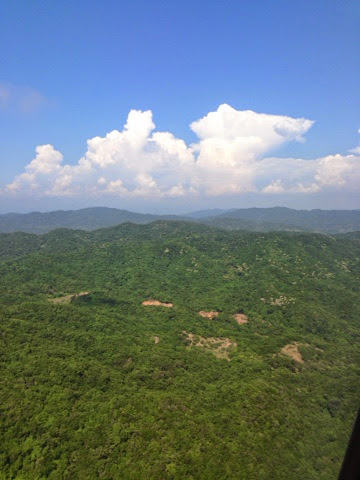 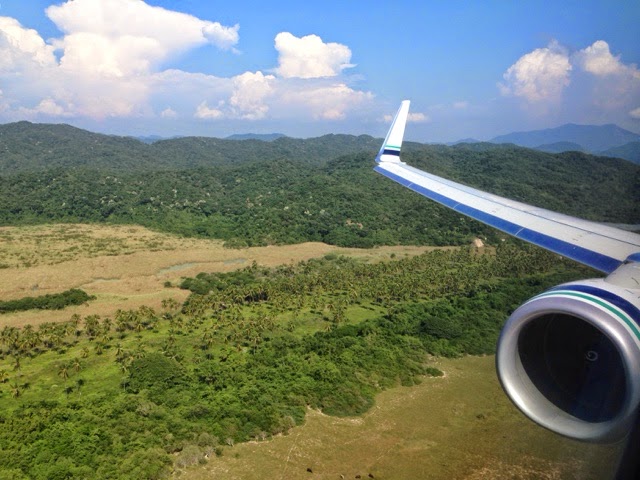 Genna waiting to clear her dogs through "pet customs"... I didn't even know there was such a thing. Everyone had their pets as it was the beginning of the season and they were ready to honker down. 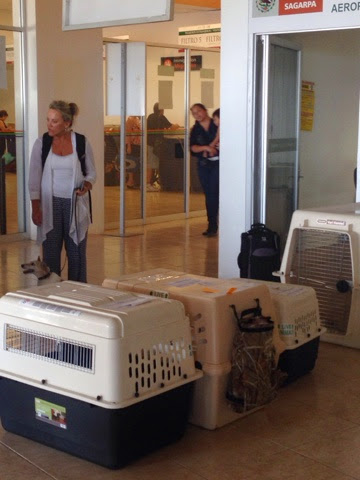 My fave herd of goats as you drive onto the highway to Barra. 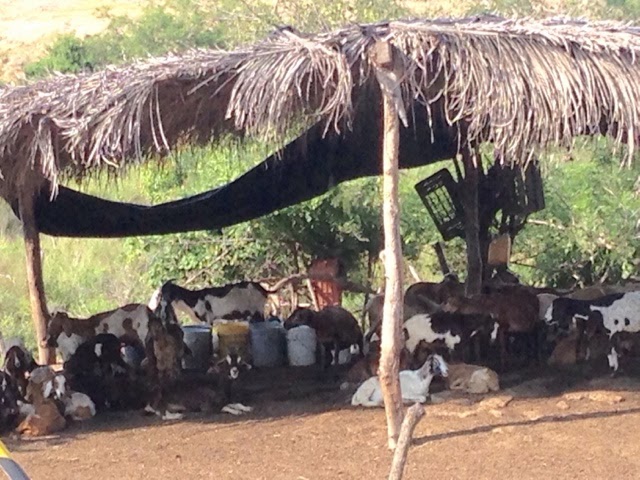 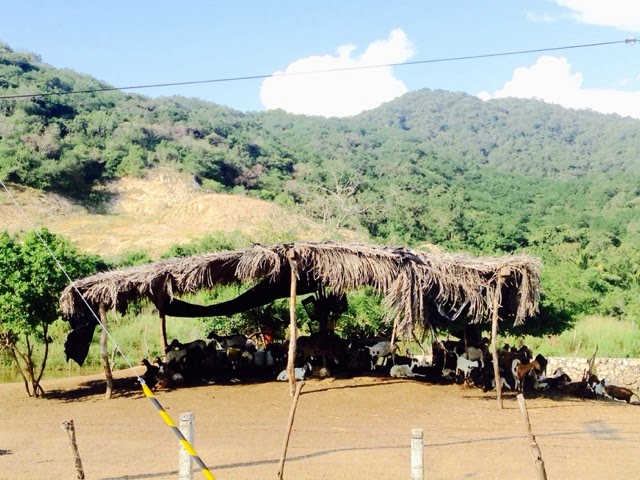 A beautiful church in old town 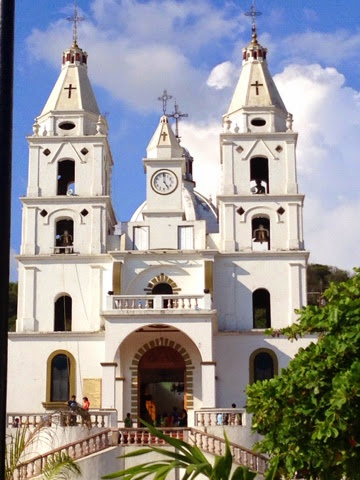 No... these aren't the streets of San Francisco. 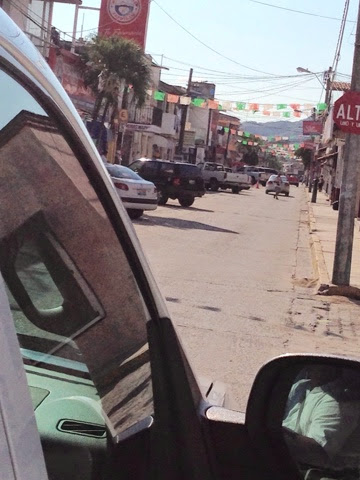 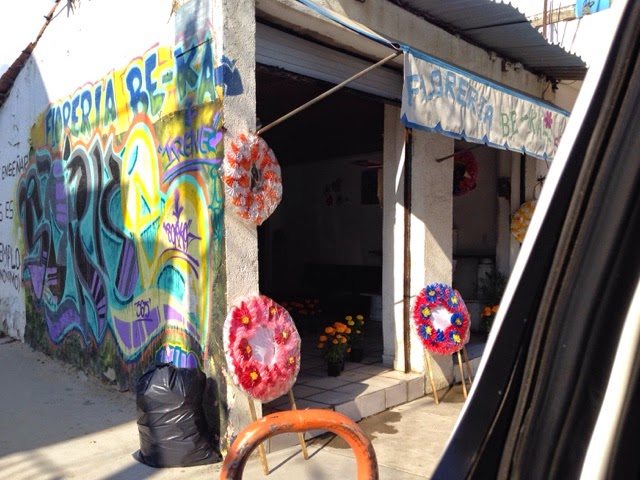 A palm tree plantation... As far as the eye can see! 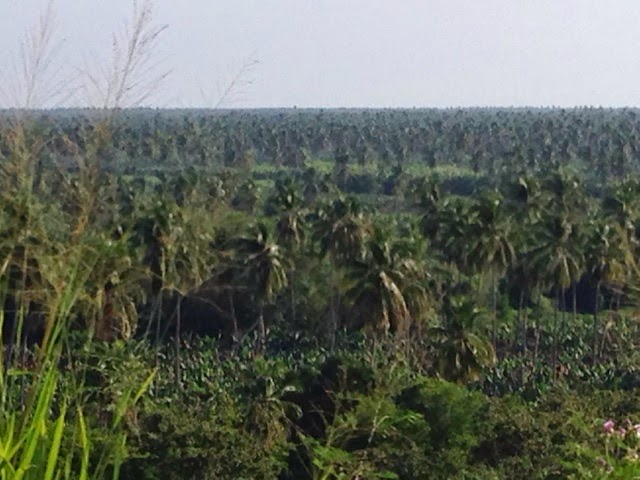 This is how the locals roll...ridin' dirty. 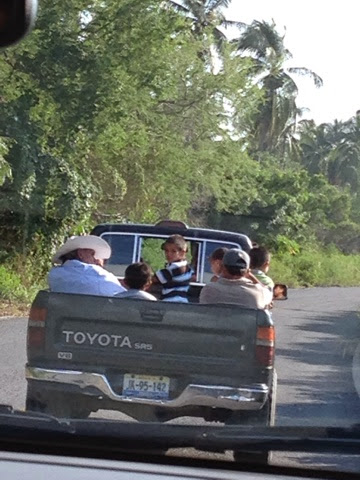 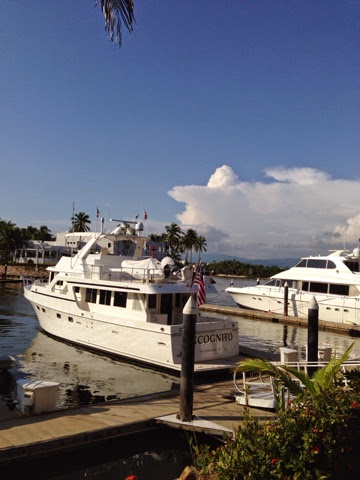 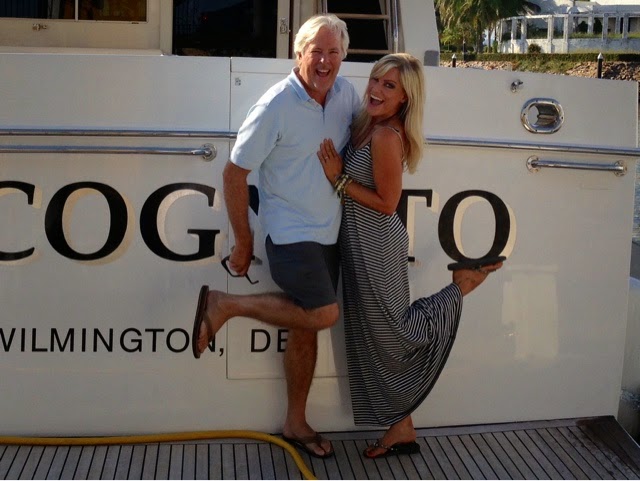 As you can see the marina is quite barren at the moment. 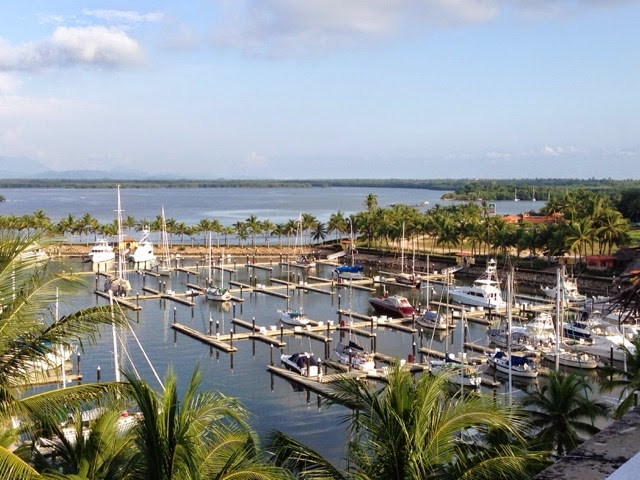 Our boat looks lonely in the marina. 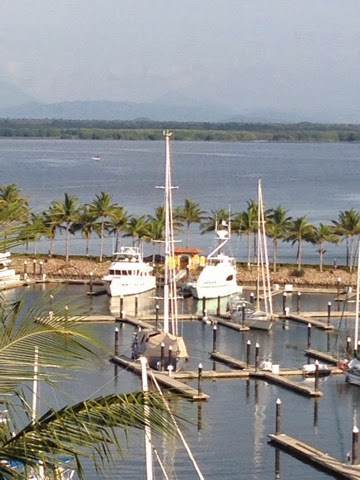 And Brad surveys the scene.. 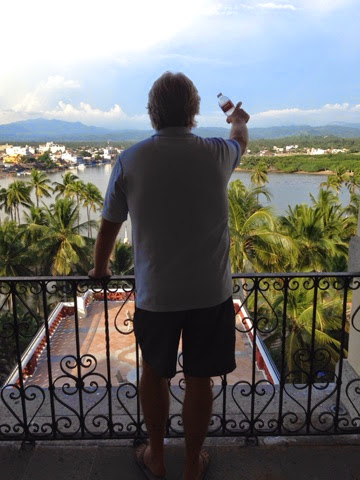 The town of Barra de Navidad. 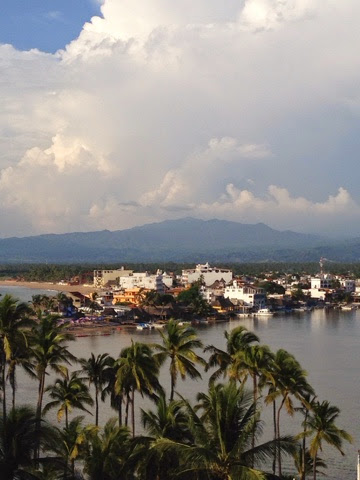 And Barra at sunset .. 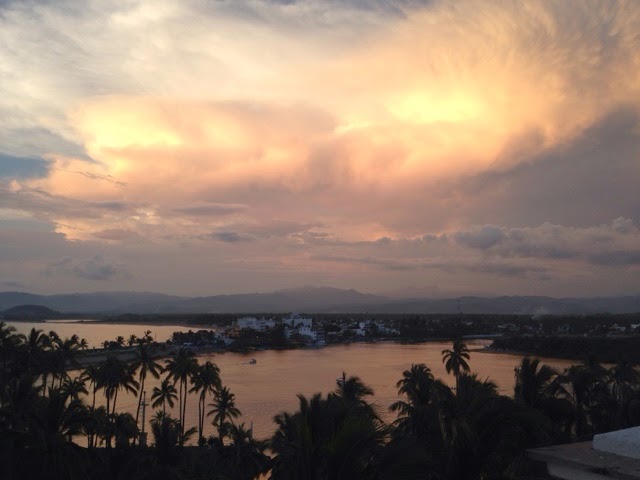