Day before yesterday was a full day of cruising until sunset. We encountered two grey whales jumping out of the water like Mexican jumping beans along with zillions of stingrays. It must be springtime! Jaques Cousteau was right when he said that the Sea of Cortez is the worlds aquarium.
We pulled up in front of a beautiful beach in Balandas Cove just as the sun was going behind the mountains and I made a delicious Asian stir fry dinner. We turned on the underwater lights for evening entertainment and low & behold.. A SEA SNAKE!! Aaaah! Danny was shocked to see one too as he said he hardly ever sees them. Yuk!! Our next visitor was a pelican that parked himself behind our boat for the night. With the underwater lights on he could see the fish better and knew they were drawn to the lights. We've nicknamed him Frank. He thinks he's "fishing" for dinner, but as slow as he moves he'll be fishing for breakfast!
We had a noisy night on the water with 30 knot winds & not a ton of sleep.
We departed early today for Bahia de Muertos. It was an easy 4 hour cruise and the bay here is blanketed with turquoise water and sea salt colored beaches. It's the perfect cove for tonight.
We had a great lunch at one of two restaurants that are here (floored to even find a restaurant), called 1535. Delicious fish ceviche! This place is like a very rustic oasis in the desert.. Seriously, you'd think we were in the middle of the Sahara by the look of the landscape. Nothing else going on here and at one time there was a nice golf course, but it's now brown and closed. We did watch a panga boat of fisherman unload their catch of 6 sharks as we ate lunch. Holy cow!! They gutted them on the beach and we know what they're eating for dinner. We even had a pod of dolphins behind the boat jumping this afternoon... Fun to watch them!
There is one resort on the bay called Gran Sueño ( http://www.gransueno.com) where we ate dinner at. From the water it looks not too impressive, but they had a very nice set-up once we ventured inside & it's all gringos. Impressive. Still hard to believe how people even find this place, however there's not too many people around for Spring break. It's apparent at night that there isn't a lot of electricity at this resort. Its pitch black as we walk back out to the beach to find our dingy on shore. Luckily Captain Jimmylegs brought a flashlight so we don't step on a scorpion or encounter a snake!!!
Tomorrow's another adventure as we head down the east cape of Baja to Los Frailes. Stay tuned! 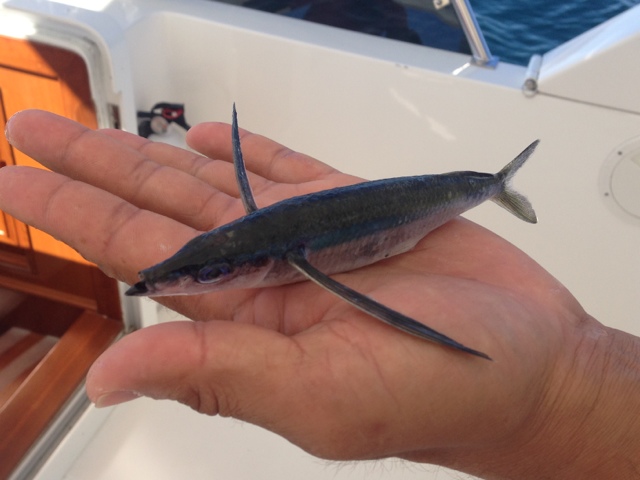 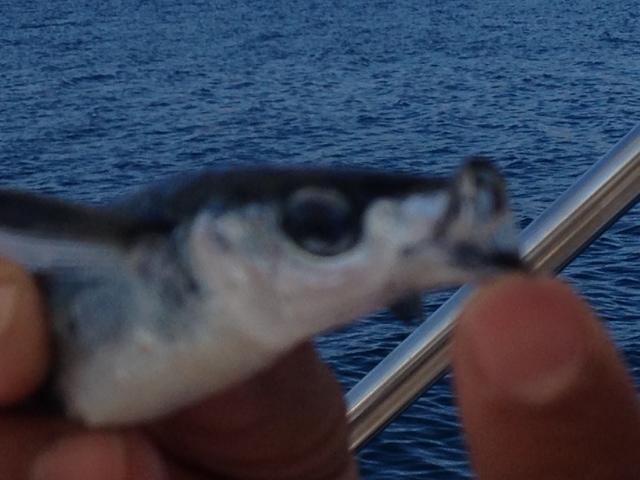 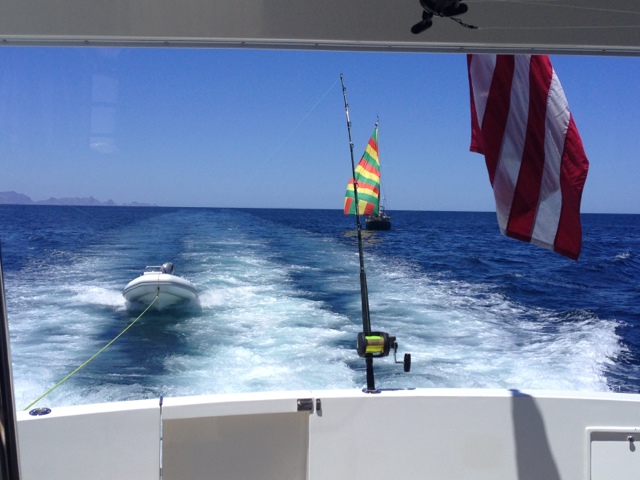 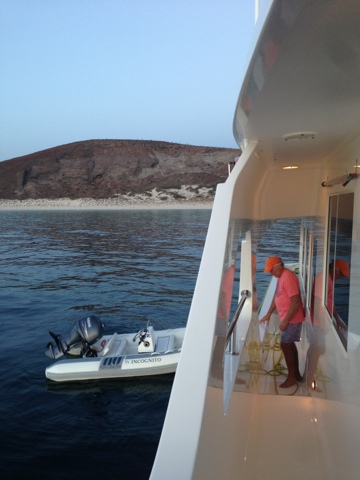 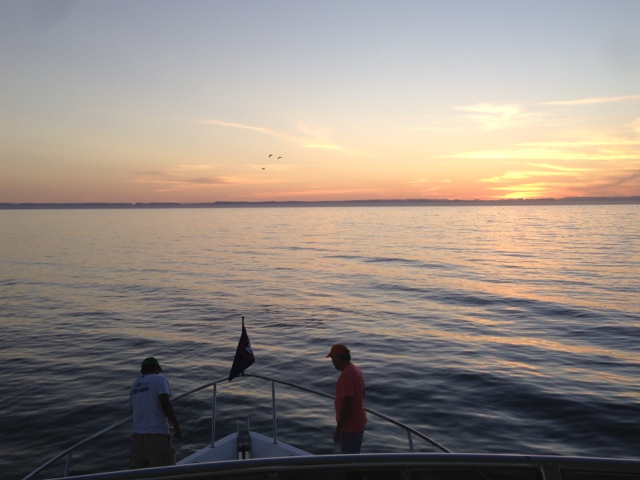 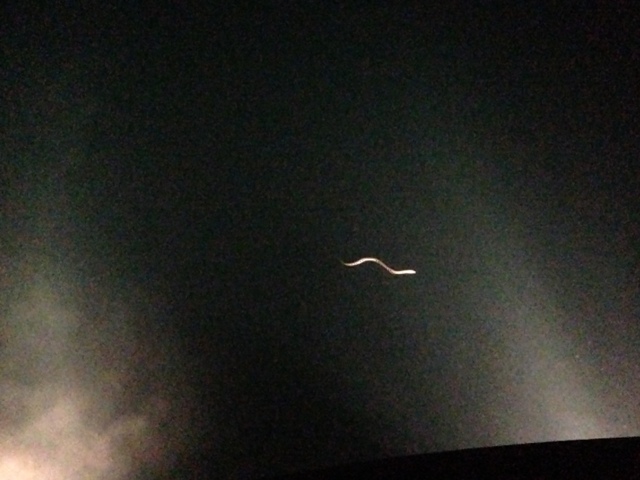 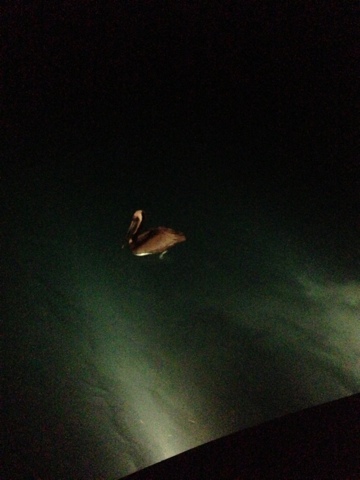 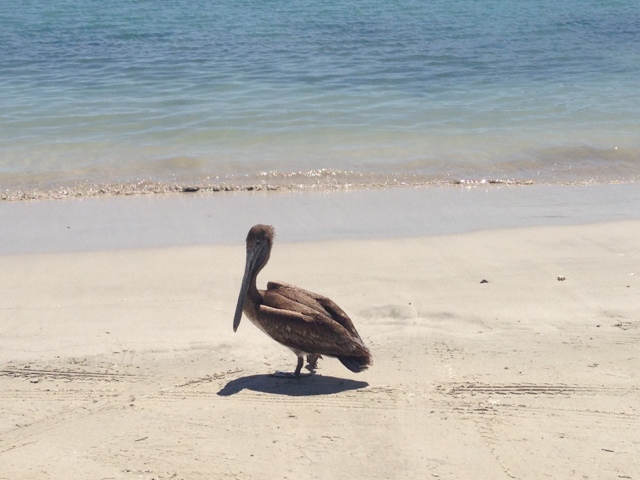 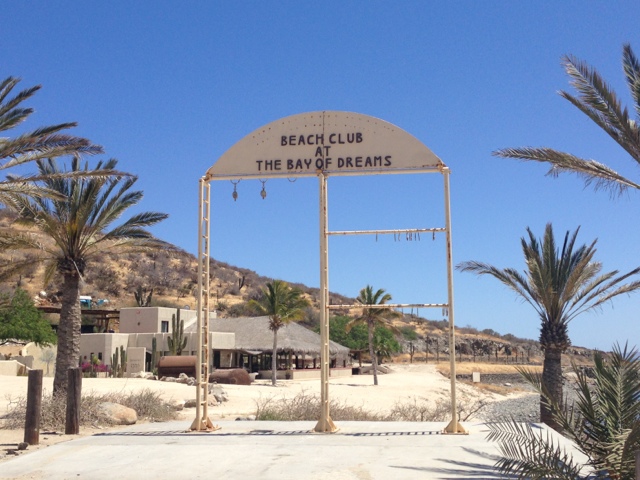 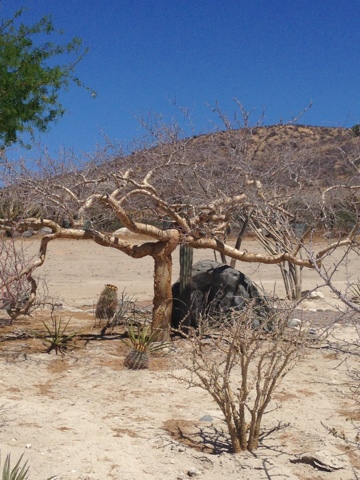 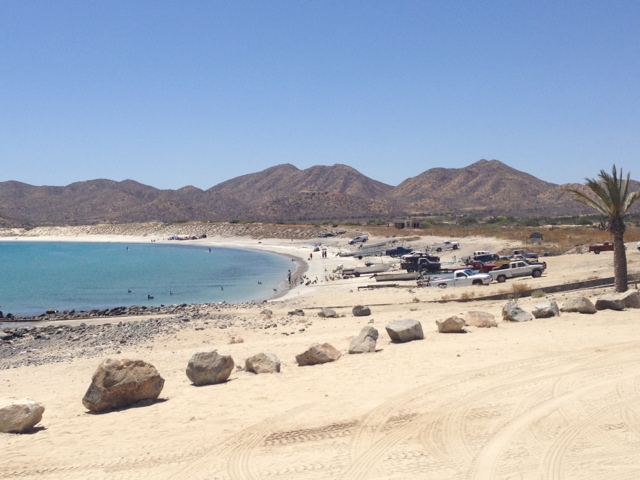 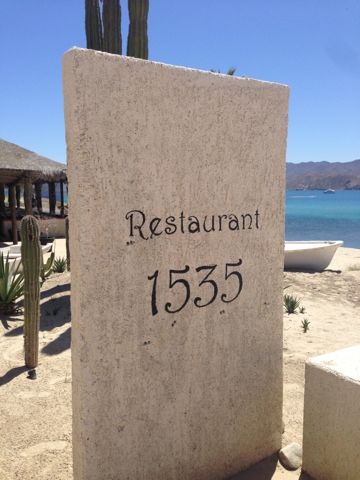 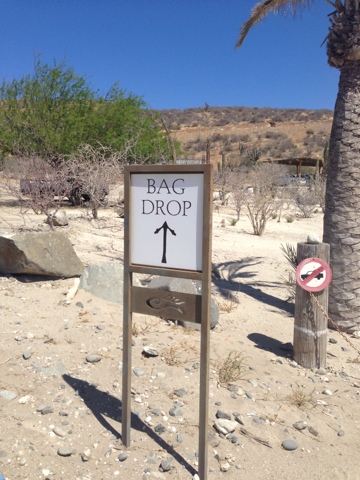 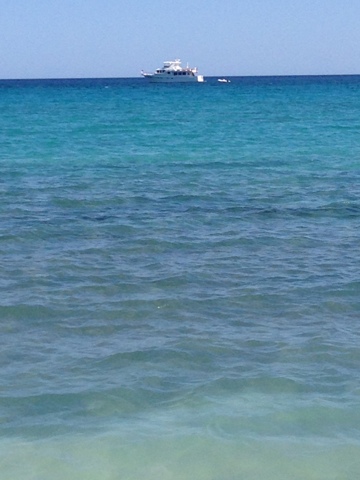 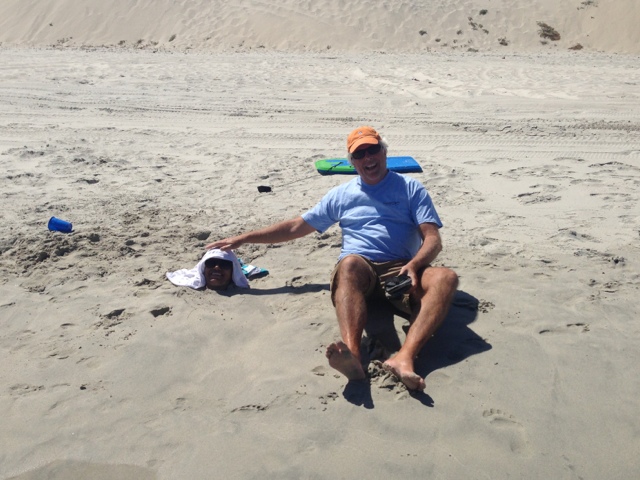 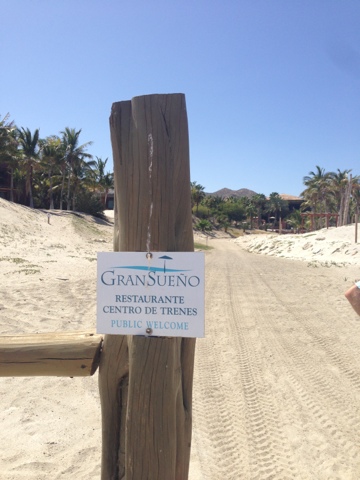 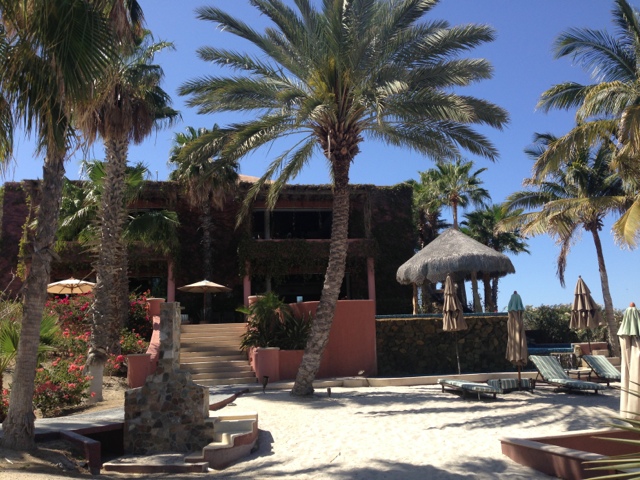 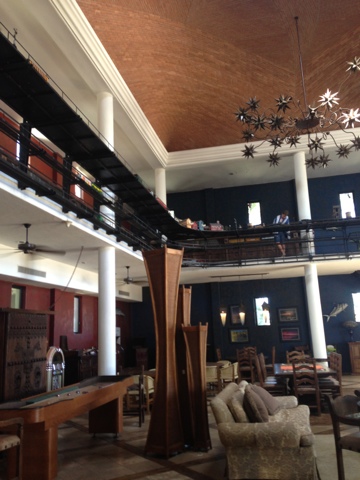 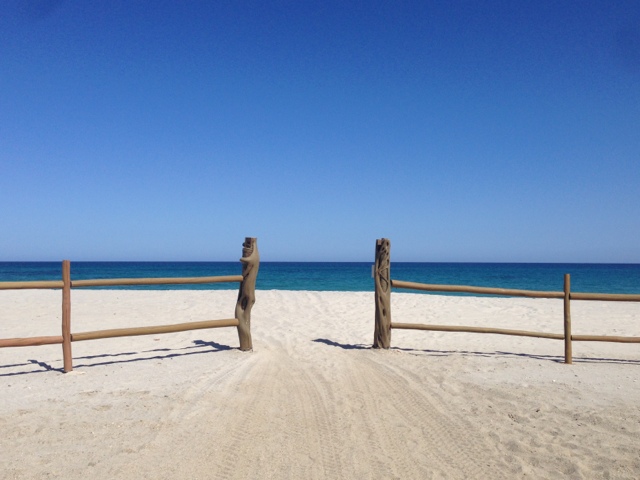 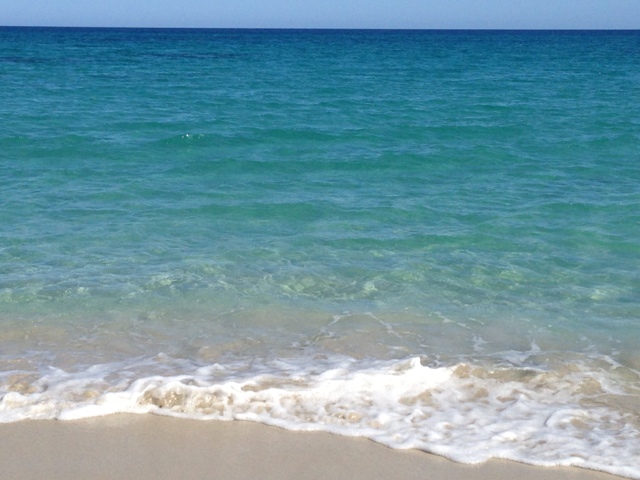 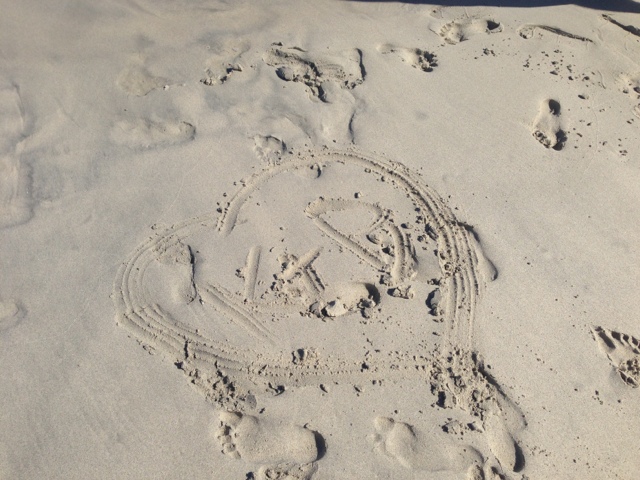 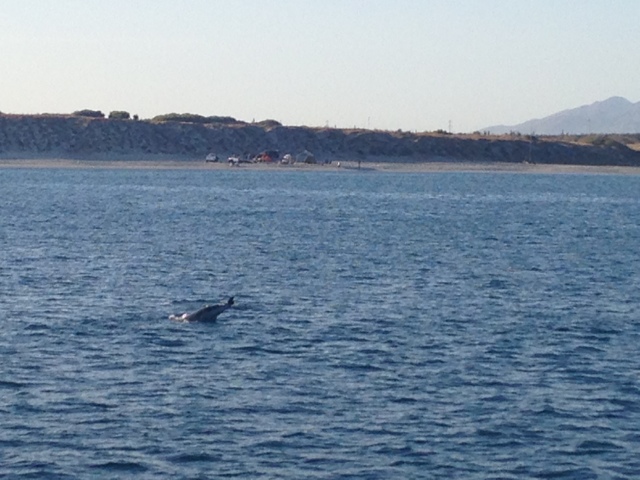 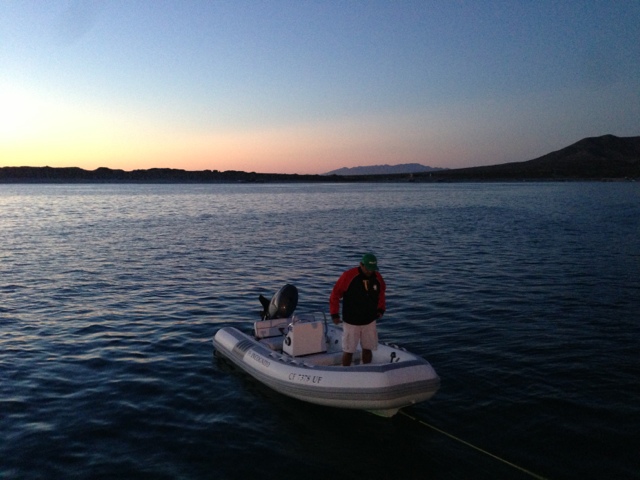 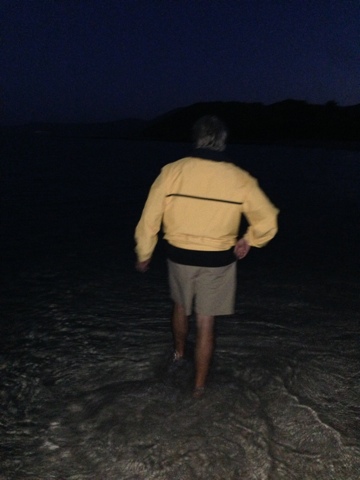