The Fish Are Jumpin'!

** Note** This post contains some graphic images which aren't for those with a weak stomach!!

What I was doing awake at 7am was beyond me after falling asleep about 5am after I finished my "watch", however nothing like my own catch to start the day at 7:30! A beautiful Dorado (Mahi Mahi) jumped on my line... And I knew what we'd be enjoying for lunch!! It's was a nice size and in the most beautiful array of colors... But shortly after I caught her, she turned a light shade of blue (who wouldn't?...Haha!). I had no idea this fish was such a chameleon! It even changed color again when we went to "sashimi" her up. Danny has the magic touch and is an expert on all things that swim... And he can filet o' fish better than Mc D's! Brad followed me by catching a nice tuna, and you can even see him in one pic driving the boat with the remote control around his neck with his fish still on the line. The best multi tasker I know!!
Take a look at the blue tethers attached to the fishing poles...just in case a big black marlin decides to take one for a swim, we're prepared!
And finally... Brads freshly caught Blue Fin tuna that Danny prepared for lunch. Olé!! 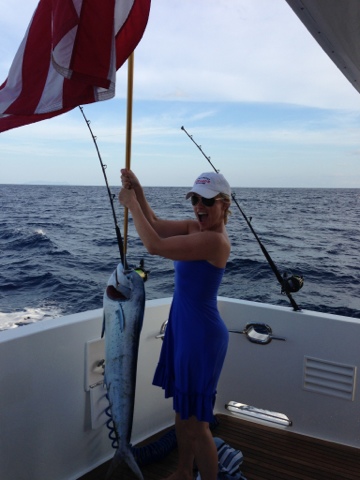 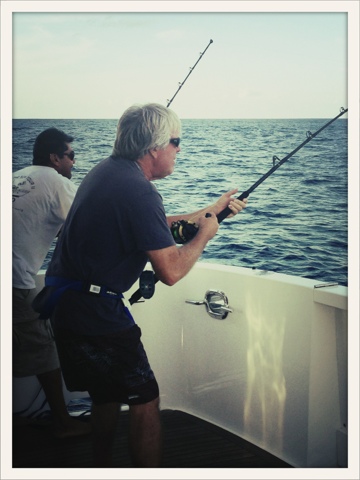 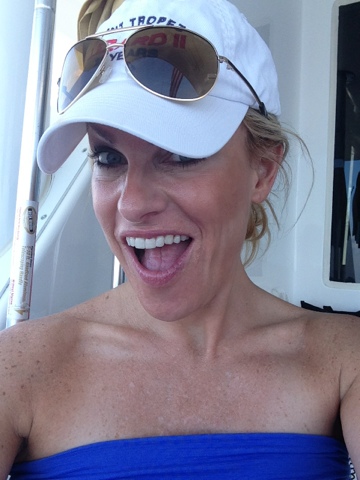 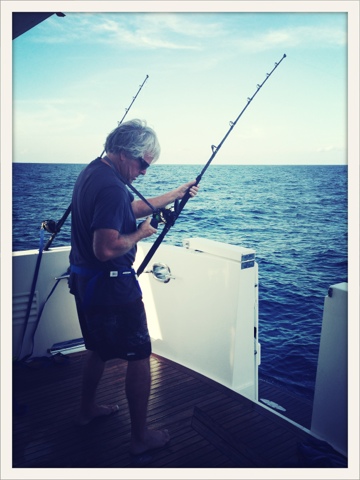 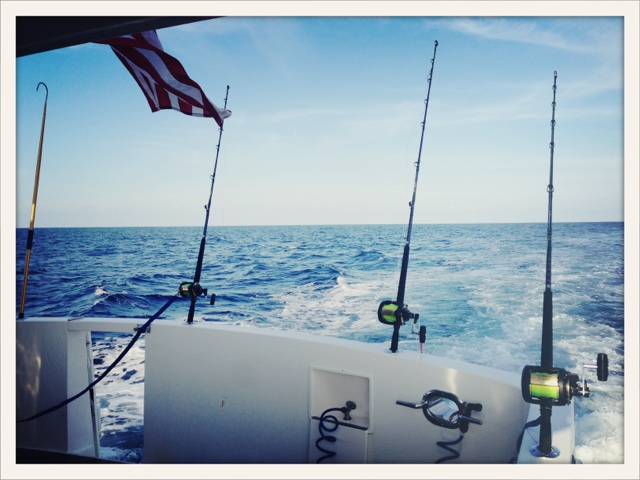 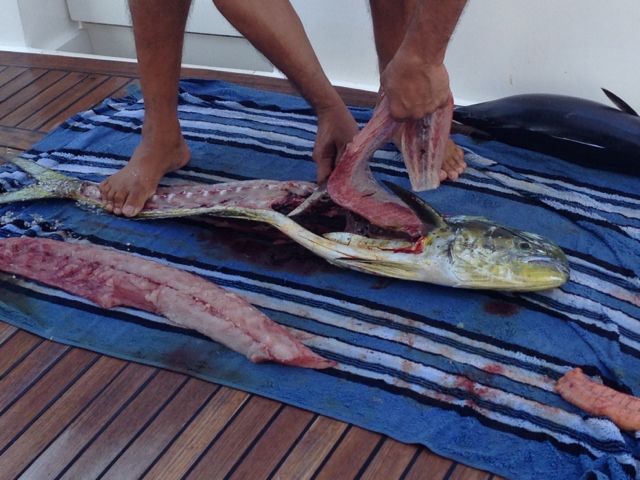 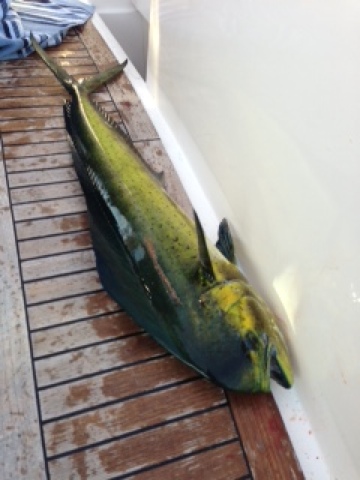 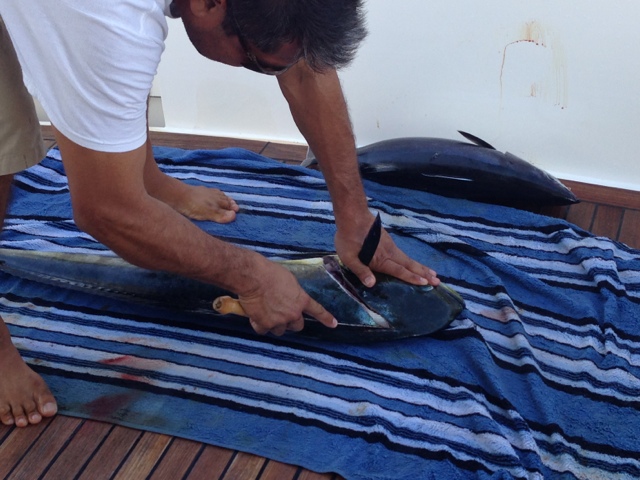 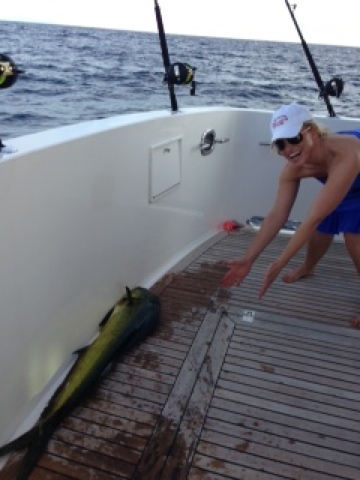 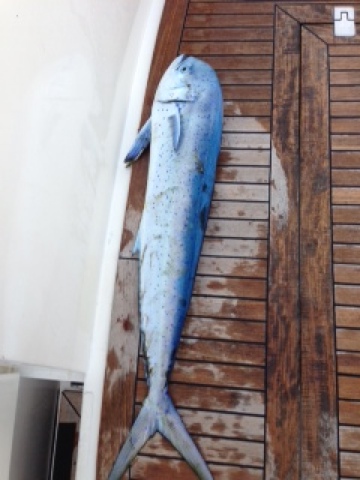 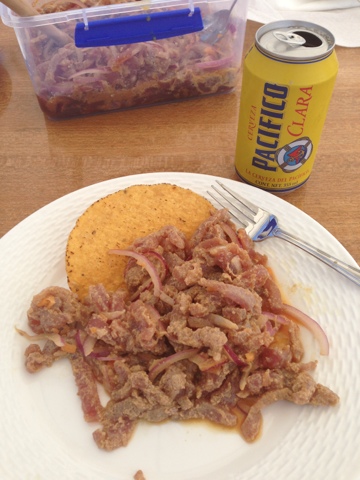